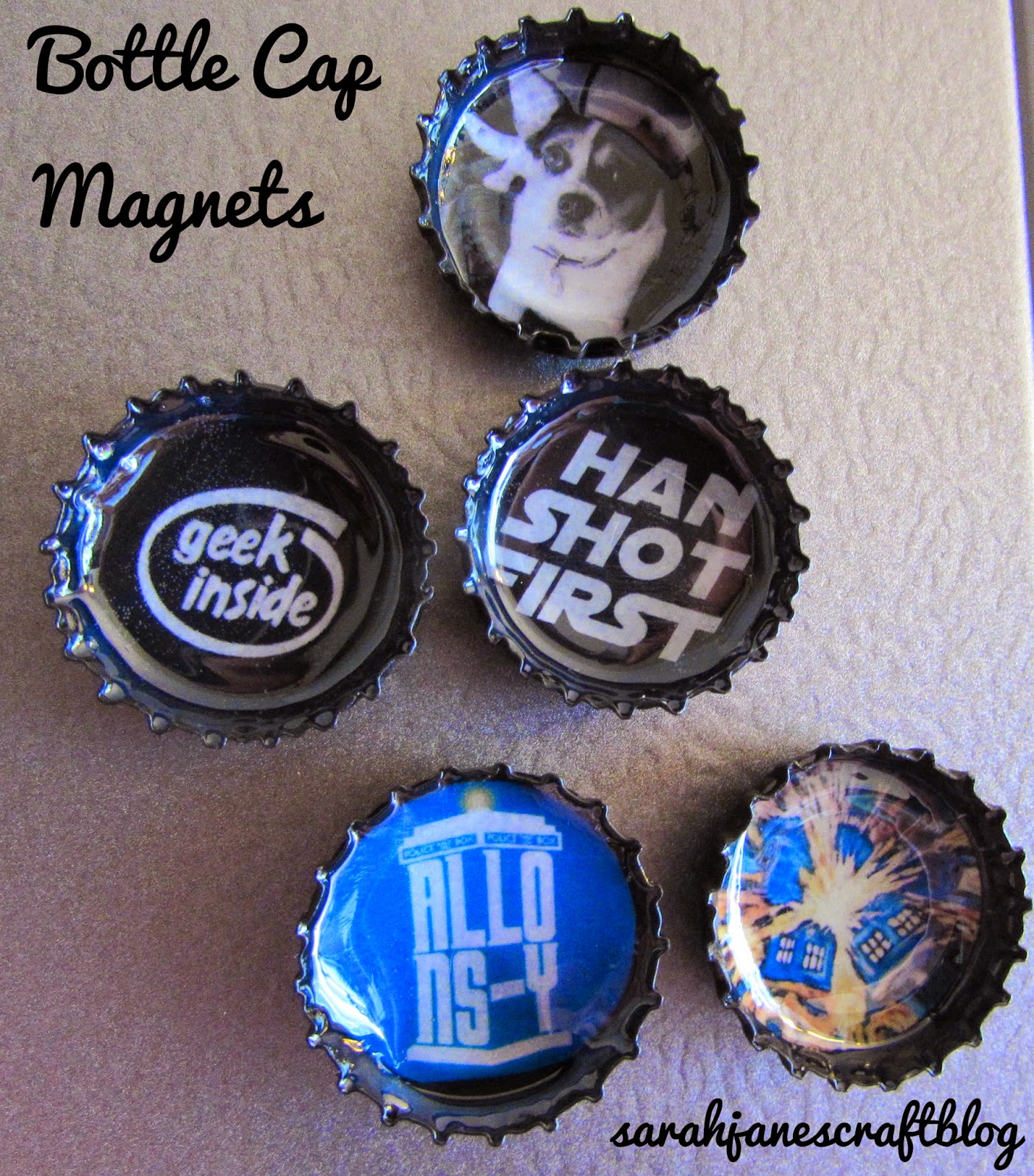 I have been saving bottle caps from glass soda bottles and the stray beer bottle for a while now, figuring that I could totally craft something with them, so this week I've got my first bottle cap project. 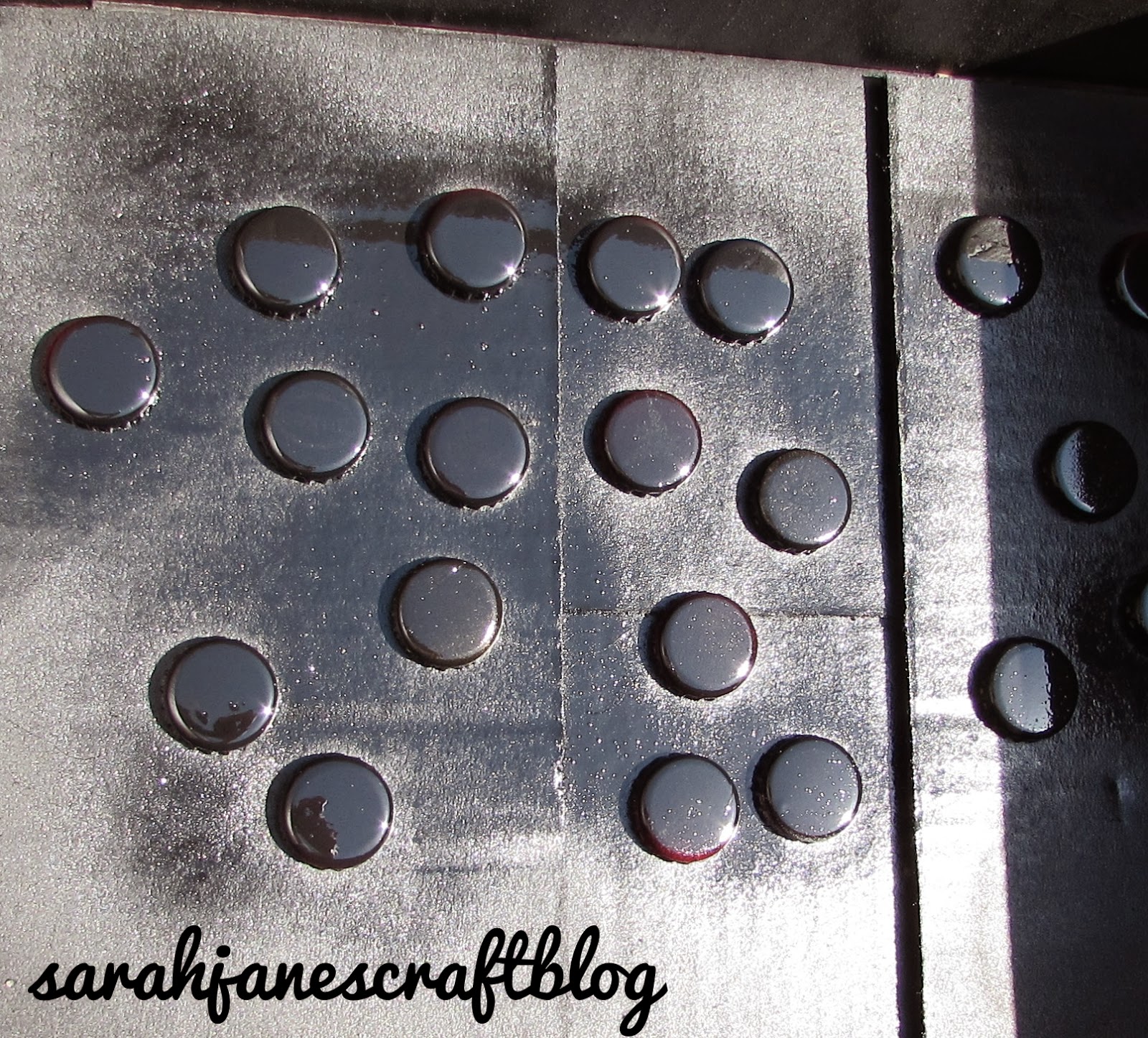 First I spray painted them all black. You could leave them in all of their original multicolored glory if you'd like (or they may all be the same color if you're an especially loyal drinker). 2 coats over the backs, then I flipped them and did another two coats over the inside of the cap. 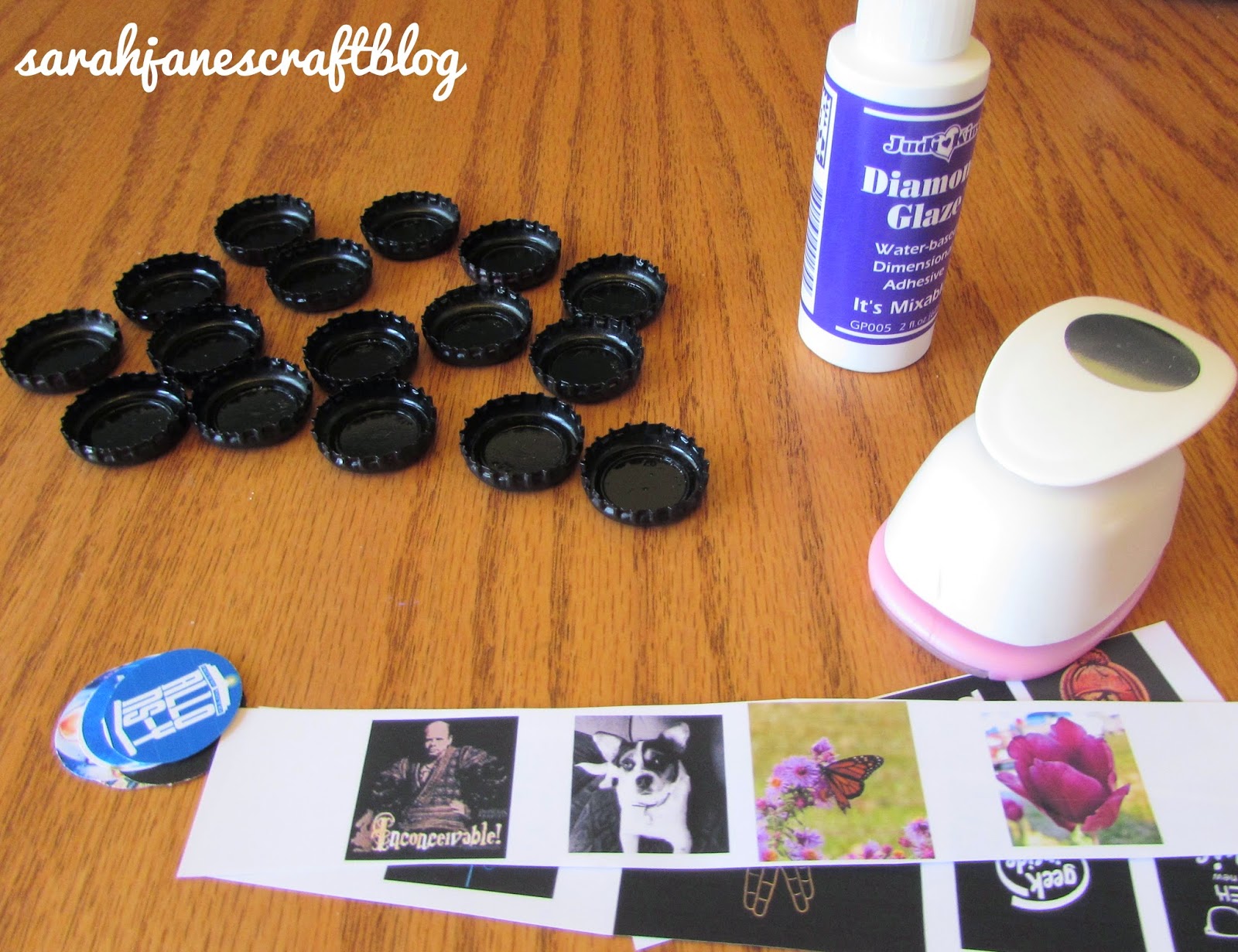 Next I printed out some photos from the internet onto some matte photo paper. I chose a wide variety from personal photos in black and white and color and a bunch of graphics from google searches. I figured I'd print off a ton to see what worked best. Then I grabbed my 1 inch circle punch and punched out circles. Not all of the images fit neatly into circles, so I ended up printing off even more. 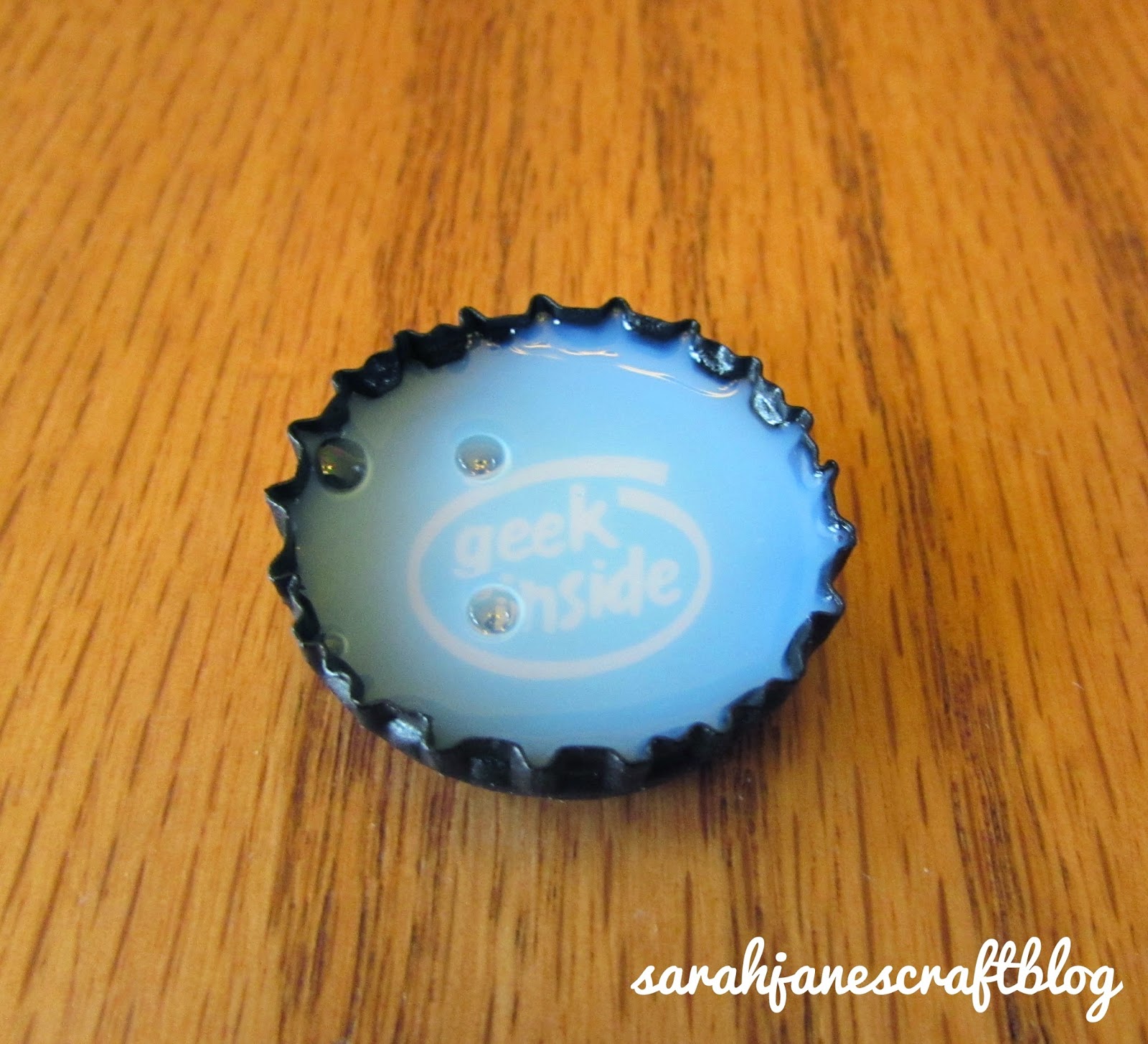 Then I put a bit of Diamond Glaze (Paper Glaze or Dimensional Magic would both also work) down before sticking the paper on it and letting it sit for a moment, then I filled the cap with a layer of the glaze. After a few of the caps, I learned that squeezing the glue bottle continuously while turning the cap keeps the air bubbles to a minimum. The larger air bubbles can be popped with a toothpick, but the small ones are really stubborn and will only pop by tapping the caps repeatedly on the table. 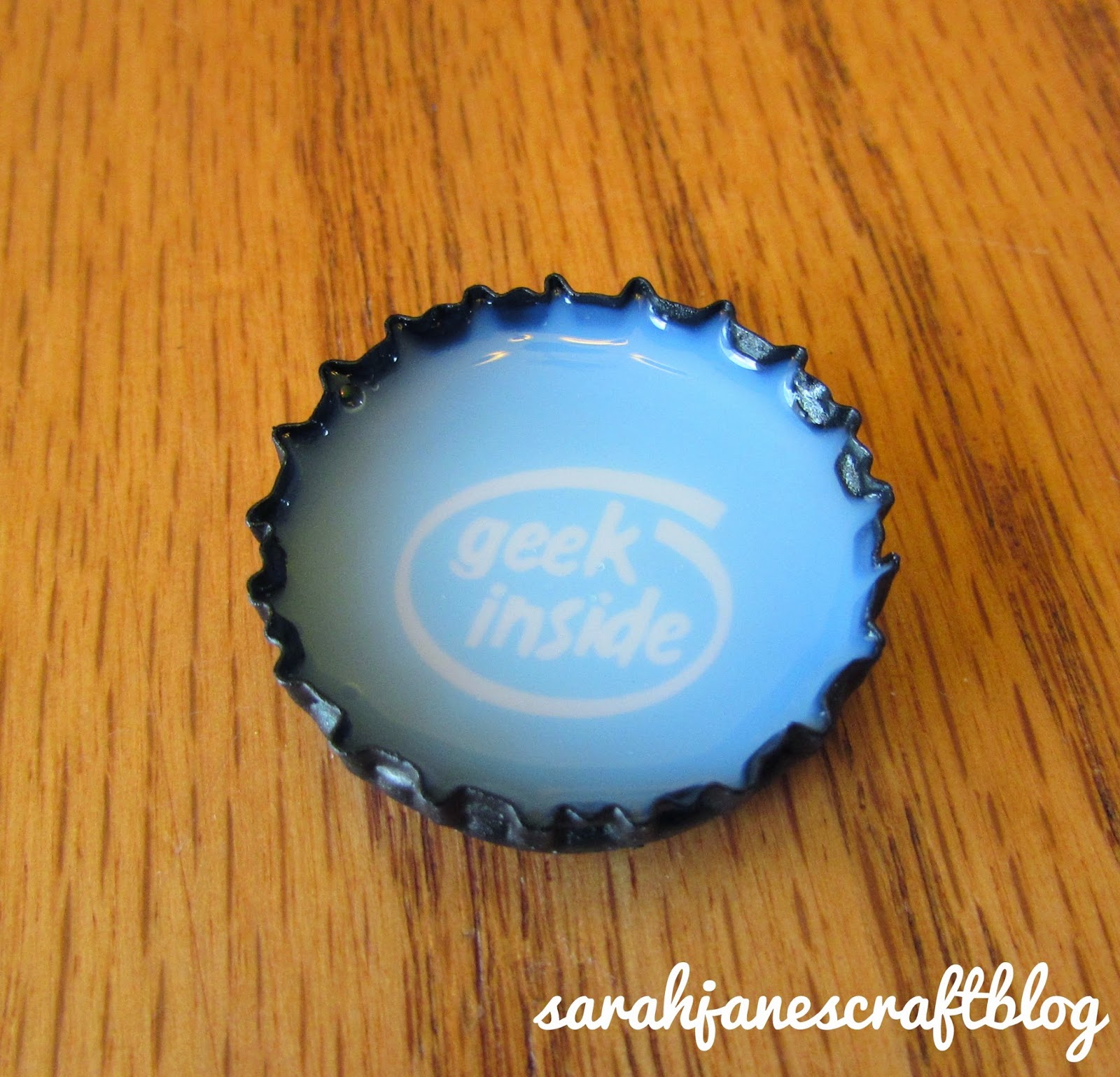 Here's the same cap, nearly bubble free after tapping. One of the biggest problems I had with this project was the paper curling or floating in the glue. If I make these again I'll probably glue the paper down with a faster drying glue that won't make the paper curl before I put the glaze over top. 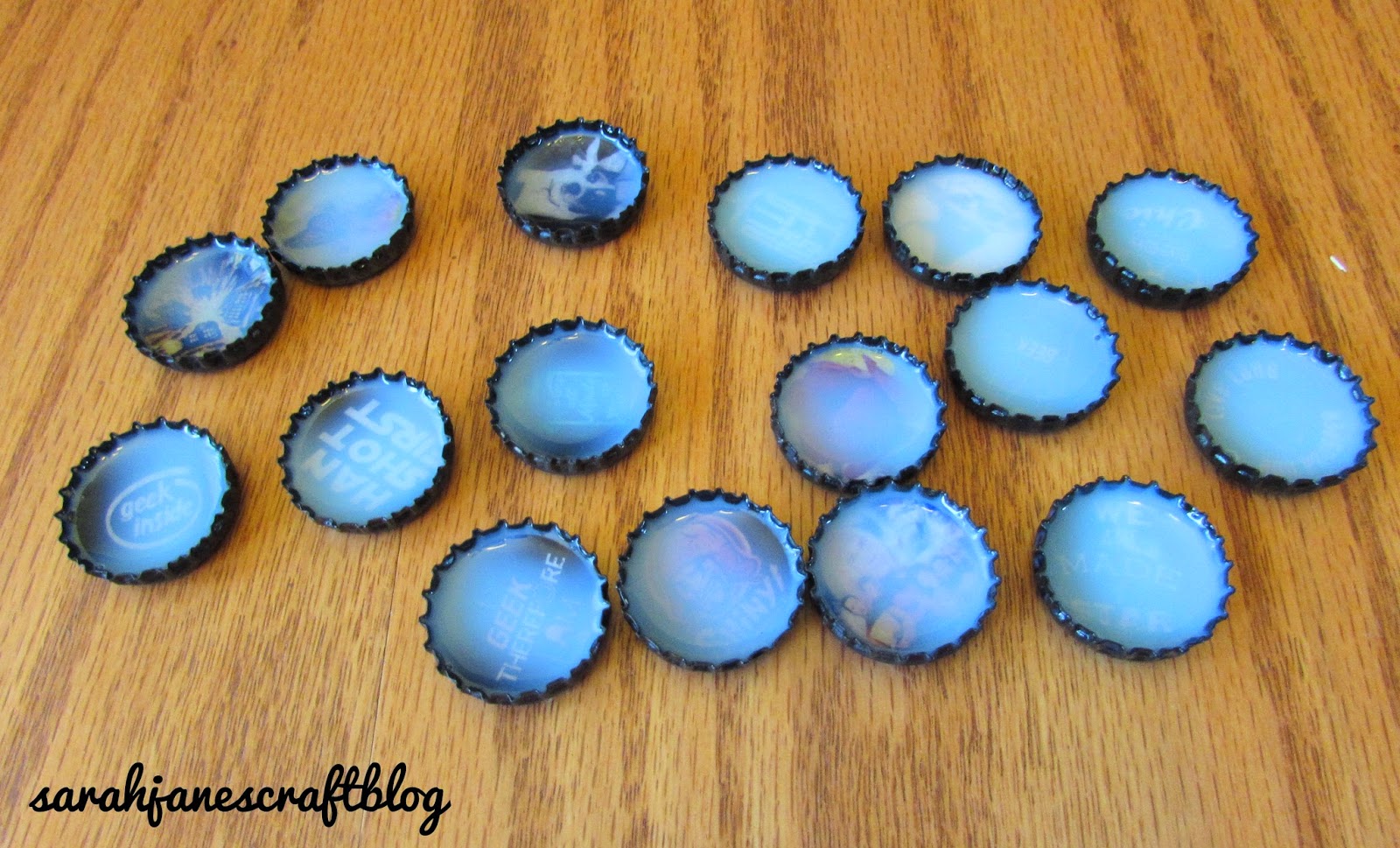 After they were all done, I let them sit on a flat surface overnight to dry, then I grabbed my tiny neodymium magnets and some E6000 (hot glue or super glue should also work) to glue the magnets on. These tiny magnets are strong and very attracted to each other. Gluing them on was a lot easier than some other projects because they were attracted to the bottle caps. So the biggest headache was that some of the glue squished out and I had to make sure it wouldn't dry into a glob taller than the magnet. 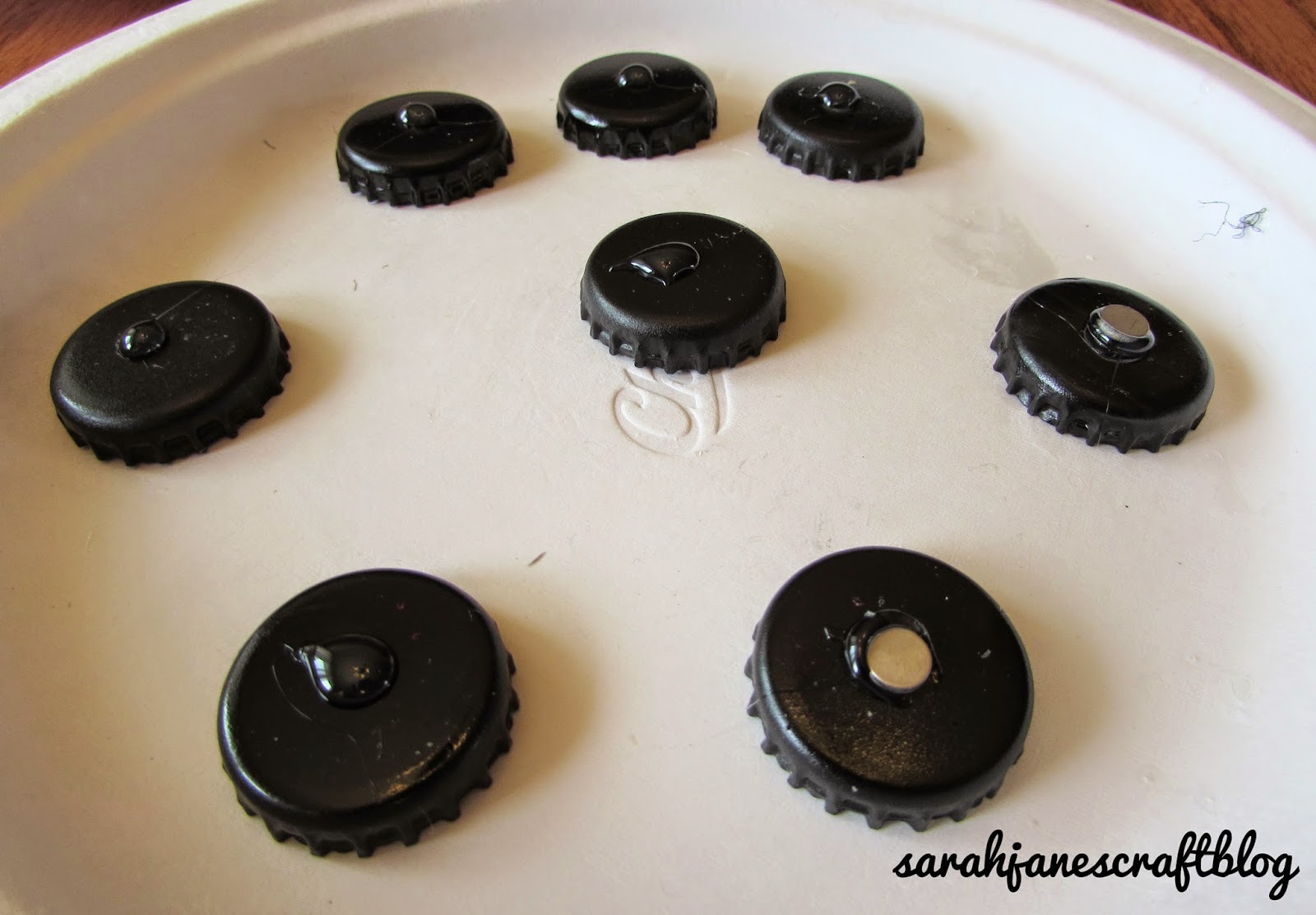 When they were done, they turned out cute, but a bit dark. It seems like the glue muddled the ink from the printer a bit. So the images that had the highest contrast of colors turned out the best. Using a color copier or color laser printer would probably improve the results. Of course you could always use magazine pages or scrapbook paper too. 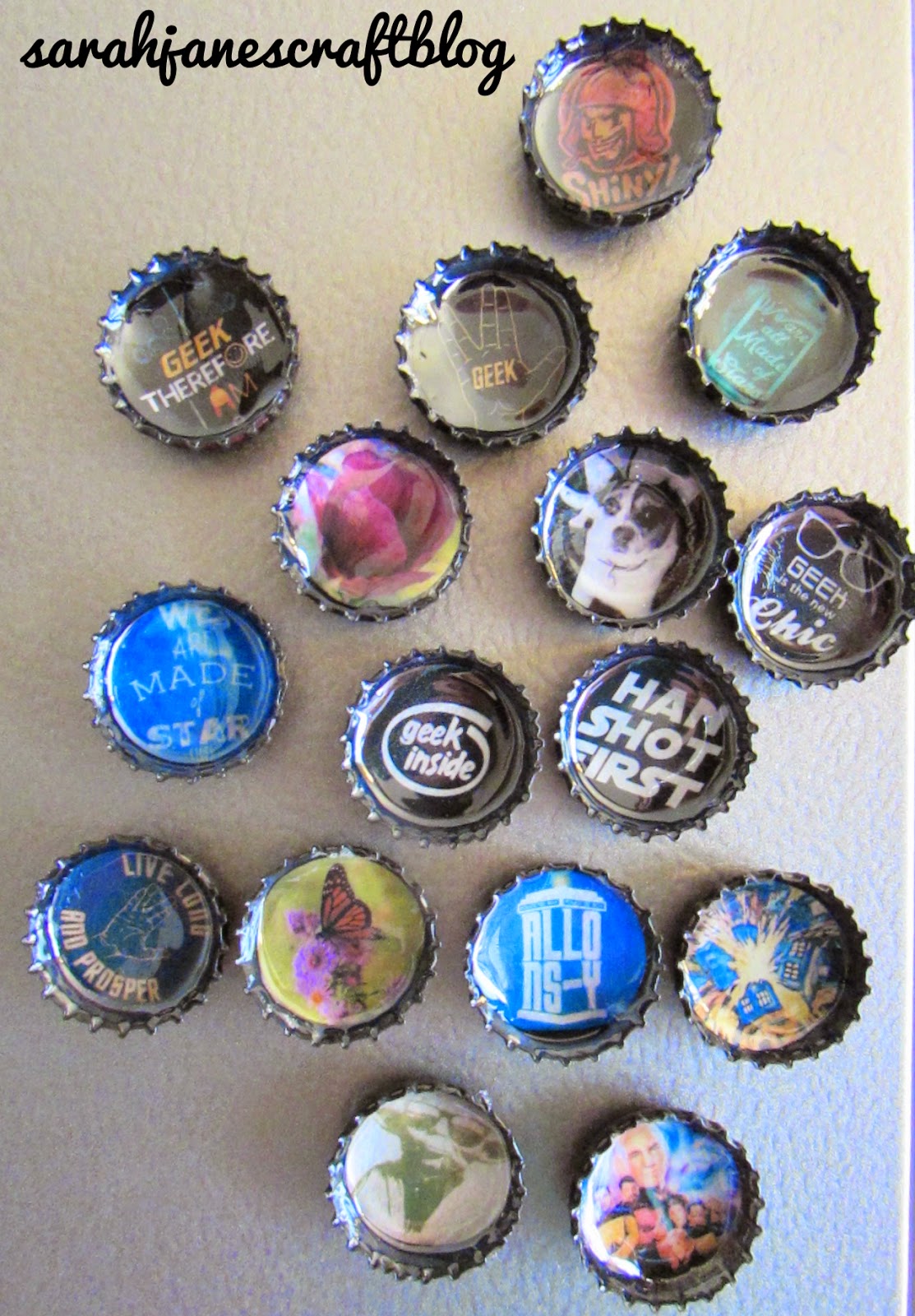