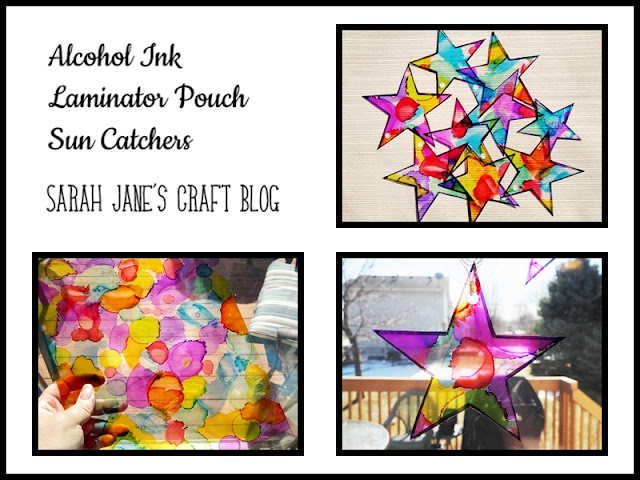 A couple of weeks ago, I tried making sun catchers with laminating pouches and tissue paper. The project worked pretty well, and I wondered if I could use ink on those laminating pouches--they are plastic after all, which usually inks well. 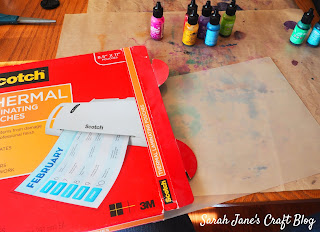 So I got out my alcohol inks, a craft mat to protect my table, a can of air, and my laminating pouches. 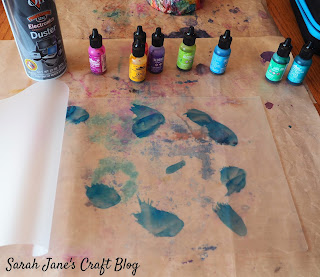 I opened up my laminating pouch, and I chose a rainbow of ink colors. I wanted something bright and fun. I started with some sailboat blue drops that I spread out with the canned air. 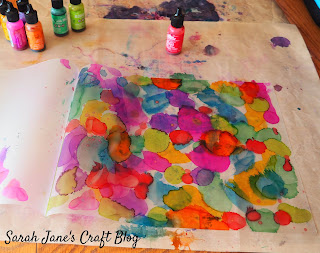 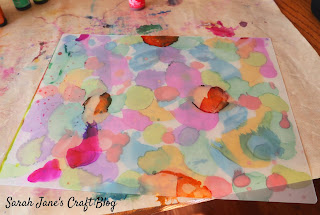 I did get a bit of ink on the opened side of the pouch and a bit along the edges, but I wasn't too worried about it being perfectly neat. I set the pouch aside to dry for about 10 minutes before folding it up and running it through the machine. 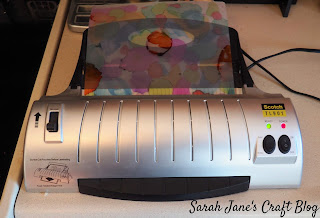 I have an older little 3M laminator that I let warm up while I was inking my plastic sheet. Once it was dry, I ran it through the machine. 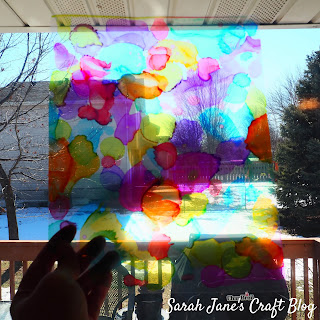 The frosted texture disappeared and I was left with crystal clear plastic and a rainbow of ink! It worked! 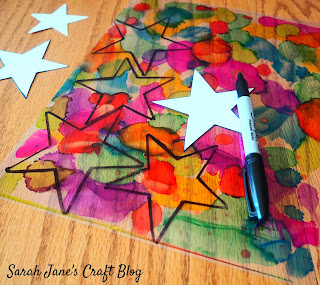 I decided to print some star templates out on some card stock. I traced around them with a black marker. 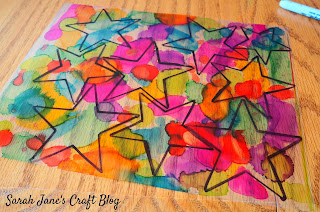 Once I filled my sheet with stars, I carefully cut them out with a scissors.

After they were cut out, I decided I kind of liked the black border that was created by the marker, so I cleaned up any edges that had been cut off by the scissors or points that didn't have marker on them. 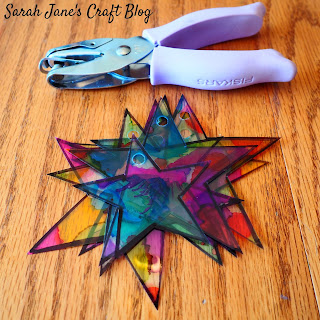 Then I used a hole punch to punch a hole in the top of the stars. 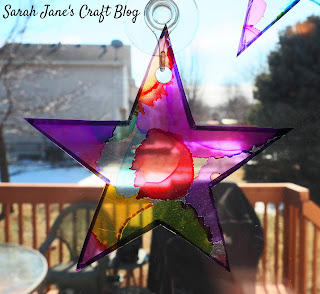 I used some little suction cups to attach them to my window. They create a pretty faux stained glass effect. The inked laminating pouches were such a success that I can't wait to try it again with other shapes. 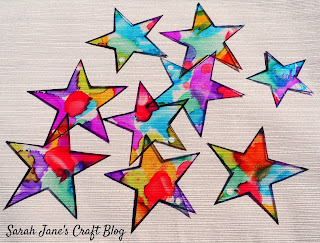