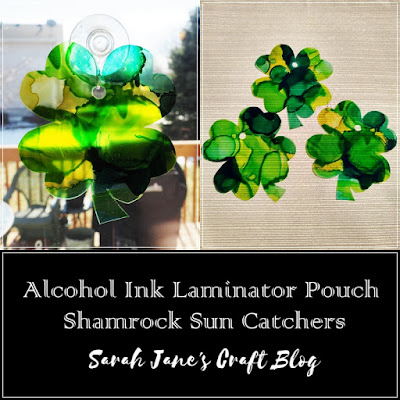 Earlier this week I shared a project where I tied using alcohol ink inside laminating pouches to make some cute star sun catchers. Well, since it worked so well and it's that time of the year, I decided to make some four leaf clover/shamrock sun catchers. 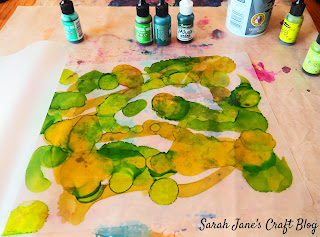 So just like last time, I opened up my laminating pouch and started inking one side of the inside of the pouch. I took out all of my different shades of green alcohol ink and started with some of the lighter colors first. I used a can of air to spread them out a bit and dry the ink faster. The slightly textured surface of the laminating pouch kept the ink from moving too much, but it still works. 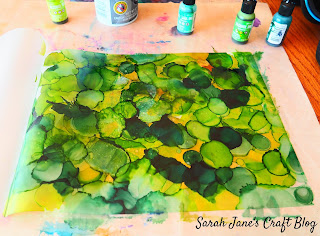 I added my darker colors to fill in the pouch. I even tried dripping a little bit of rubbing alcohol on with a nearly empty pipette to bring in a bit more texture, but the effect was pretty minimal. 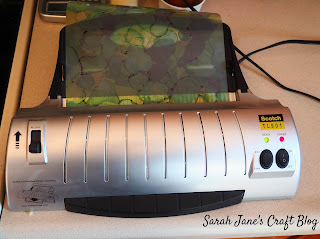 I let the ink dry for about 10 minutes and then folded it closed and ran it through my old laminator. 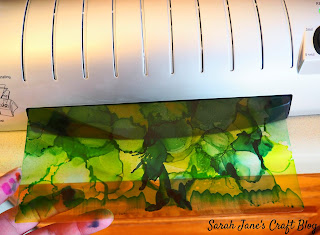 It's so satisfying when it comes out with crystal clear plastic and vivid colors. You can sort of see how the ink along the fold was still a bit wet. The laminator squished the ink into some interesting patterns. Since high heat and alcohol don't really mix well, I wasn't trying to run it through while still wet; I must have been a bit impatient. It all came out just fine in the end without any flames or melting, so you know, success! 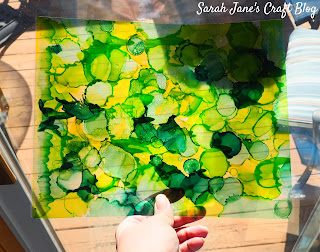 Just like with the last batch, the colors came out great! 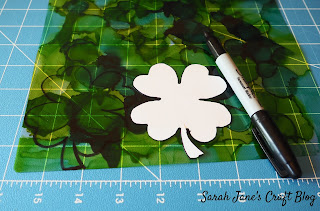 This time, though, I printed out a four leaf clover onto some card stock and used it as a template. I traced around it with permanent marker and cut the shapes out with a scissors. 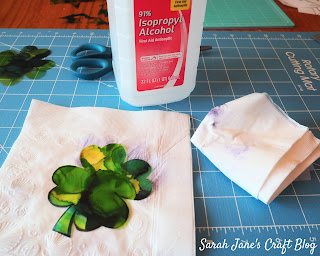 When I made my star sun catchers, the black line from the marker came out straight and I liked the way it looked a bit like stained glass leading, the black marker on the shamrocks created less of a contrast and because of the curved lines of the template, was generally more sloppy looking. So I used a napkin and some rubbing alcohol to remove the lines from the permanent marker along the edges. 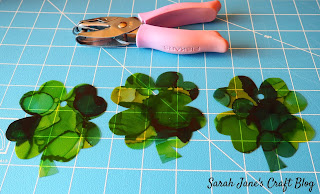 Then I used a single hole punch to punch some holes in the tops of my shamrocks. 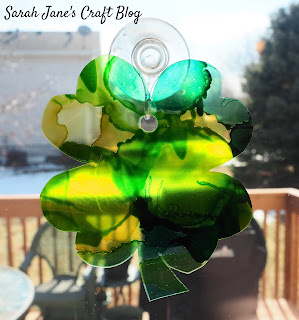 I hung them up with some hooked suction cups, and I'm ready to celebrate St. Patrick's day! 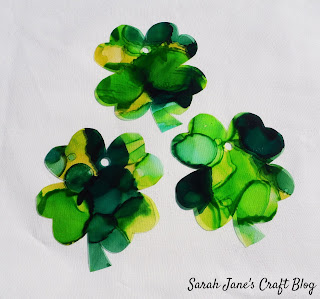