4 years ago I got my husband a giant sequoia in a can. We were able to get a sprout that grew into a seedling that has continued to grow very slowly in the house. It's almost big enough that it would survive outside, but we have no idea where to plant it based on it's potential size. To be honest, it was a novelty and I didn't think it would last this long. At any rate, it's starting to look like a little miniature Christmas tree, and I really wanted to decorate it this year. Unfortunately the branches won't hold ornaments--not even tiny ones, so I decided to make a light little garland. 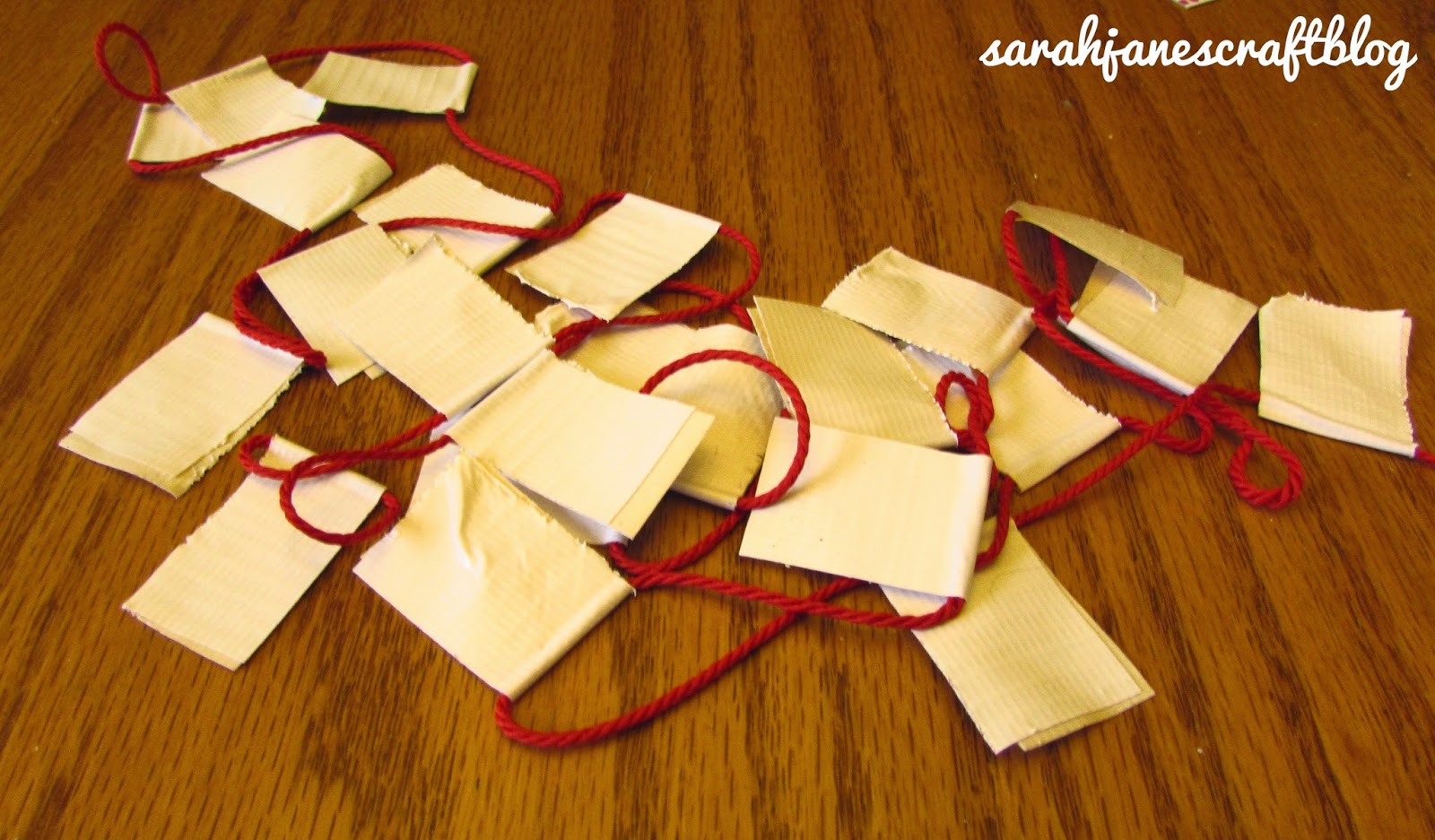 I grabbed some red string and my red and white duct tape, but I found out that duct tape has a shelf life of about 10 years (or at least this particular roll did). I had a red roll that I bought right after they started making colored duct tape probably about 12 years ago. When I tried to peel it, half of the sticky residue stayed stuck on the lower level of tape, so I had to settle for just white. I cut squares of tape using a cardboard template so I would cut the same length each time. Then I cut the tape in half widthwise and folded it over the string at the half as best as I could.

It was harder than I thought it would be to get the tape on straight, so I had to trim some of them. The tape also stuck to the scissors even though I was using a non-stick scissors. 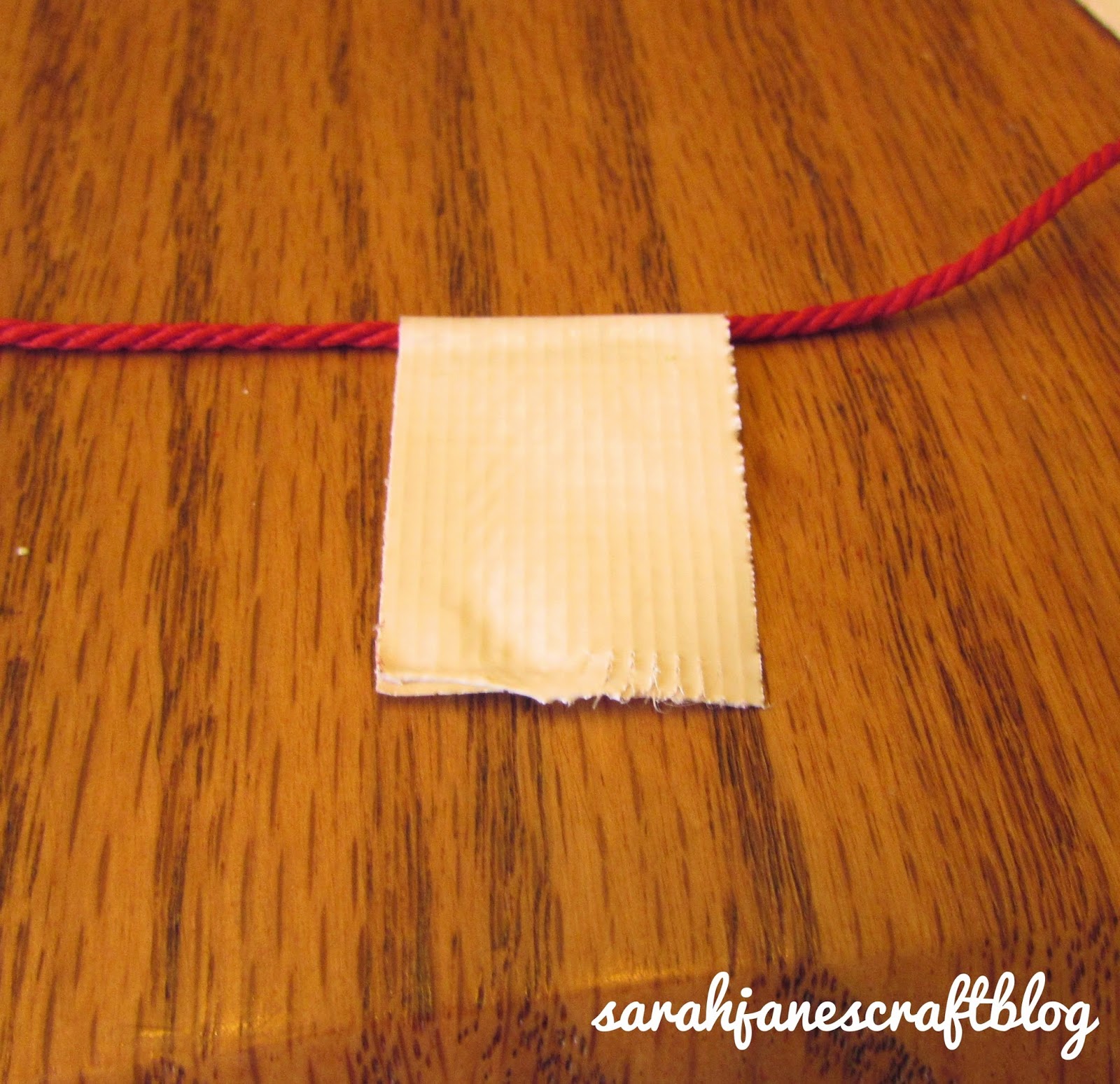 After the flags were all trimmed straight, I cut them into little pennants by cutting a triangle out of the bottom of each tape flag. 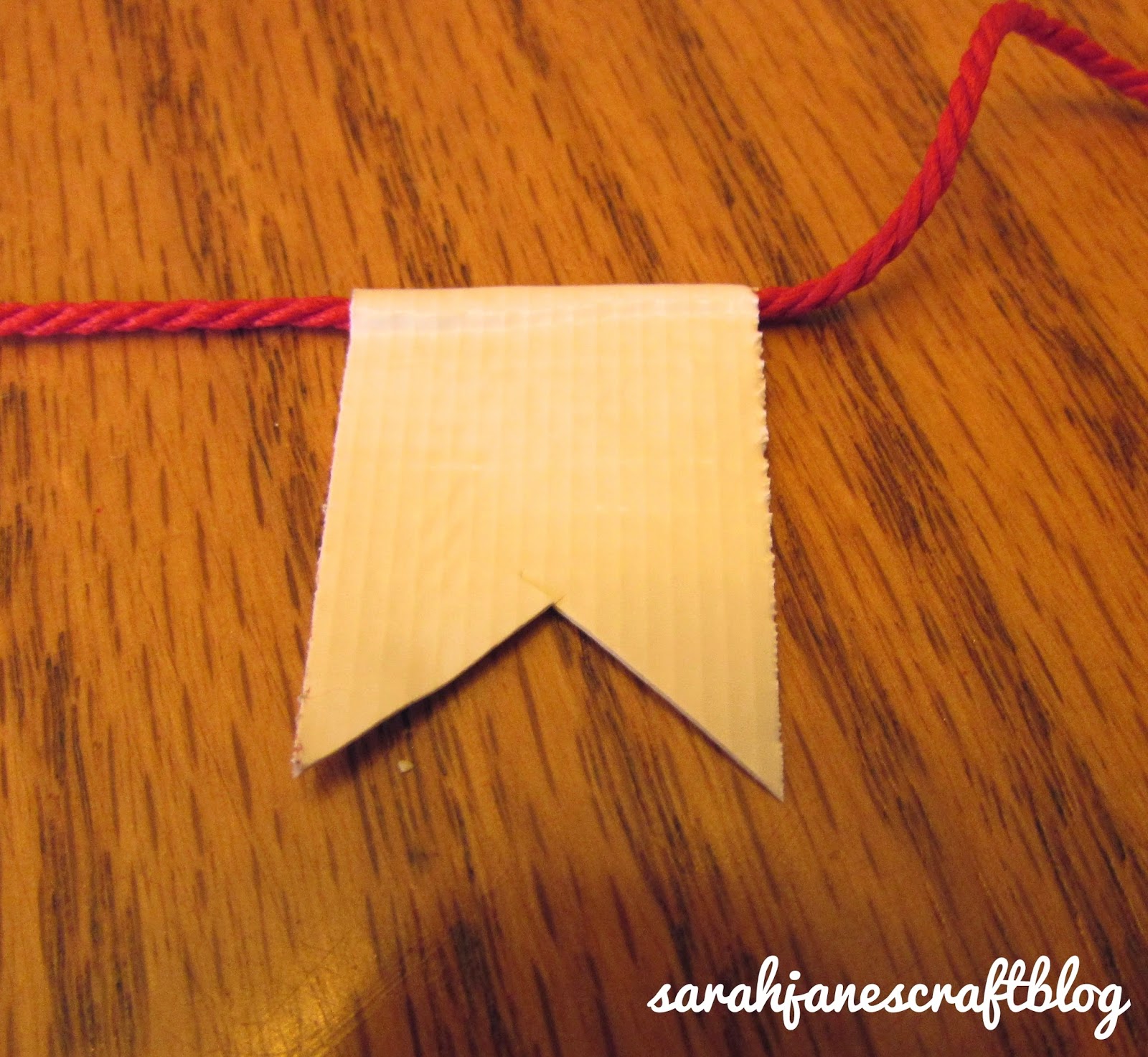 Then I carefully draped my little red and white garland over our small giant sequoia. It doesn't weigh the branches down and gives it a festive flare--so success! 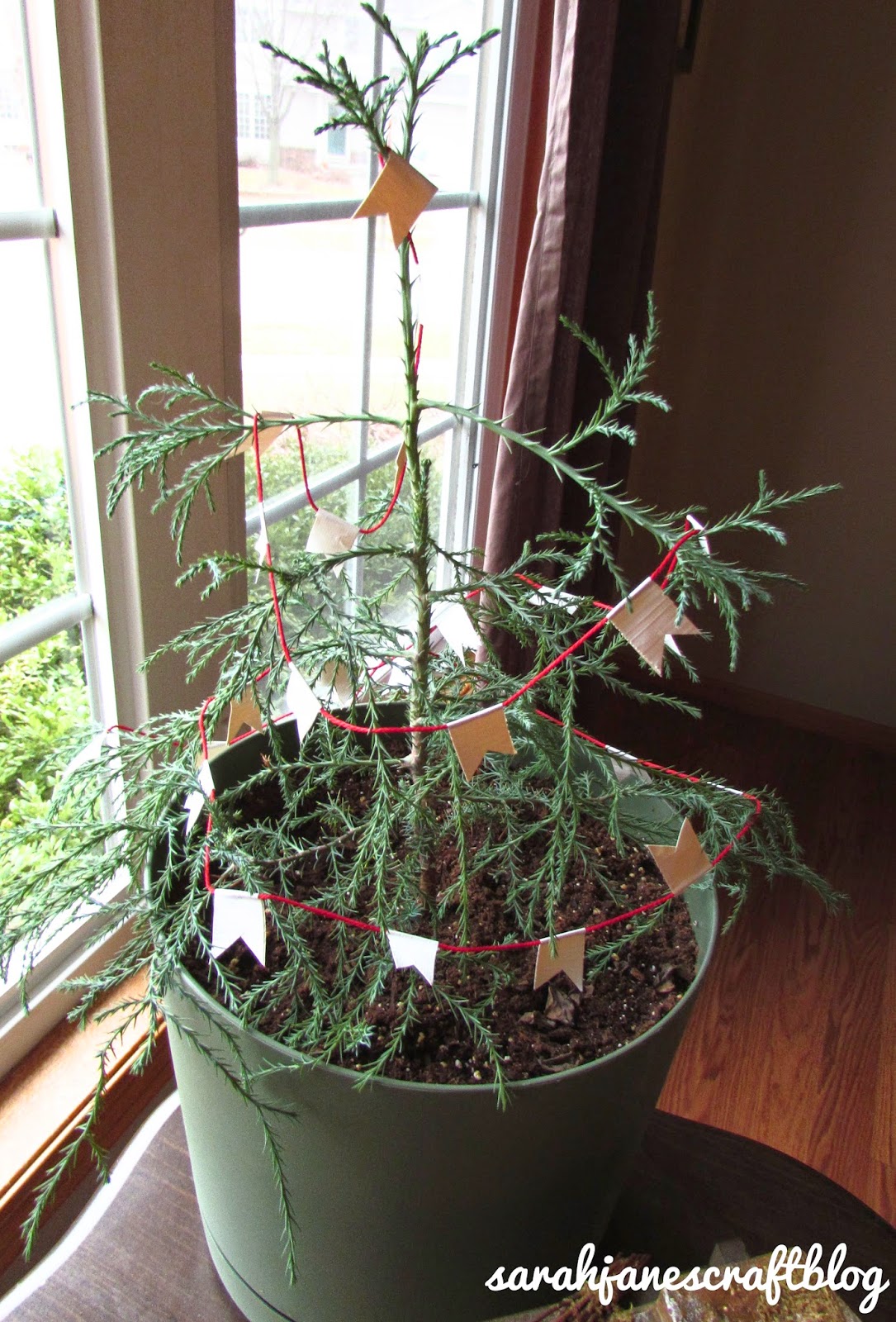