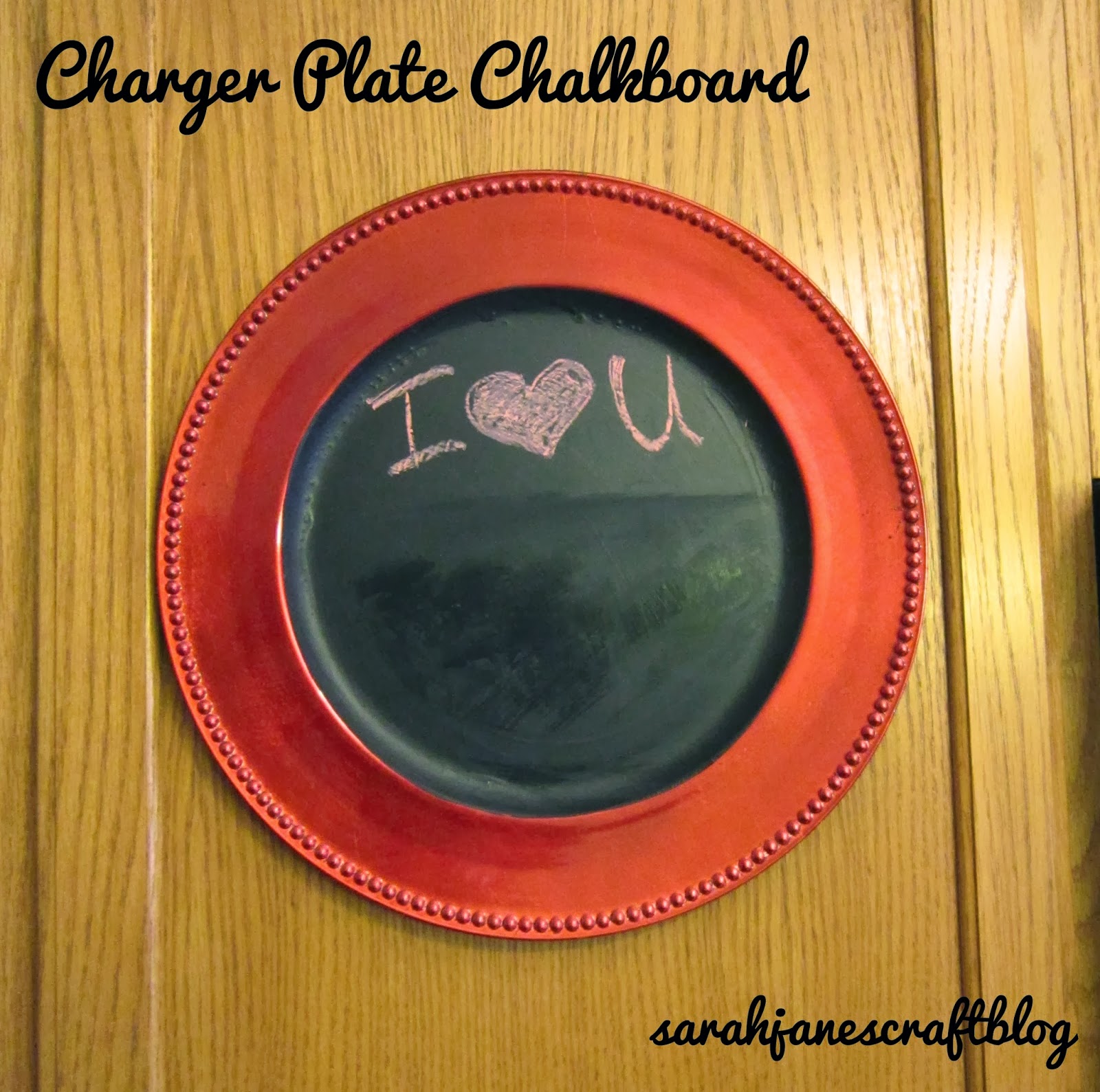 I stumbled upon some red charger plates leftover from Christmas marked at 75% off.  So I thought that making a chalkboard out of one would be a great project.  Total cost for project: 50 cents.

The people who owned our house before us painted the garage door with chalkboard paint and left the quart behind (along with a bunch of other old paint cans).  The paint is over 4 years old, so I figured it was time to use it up, or at least use it for something. 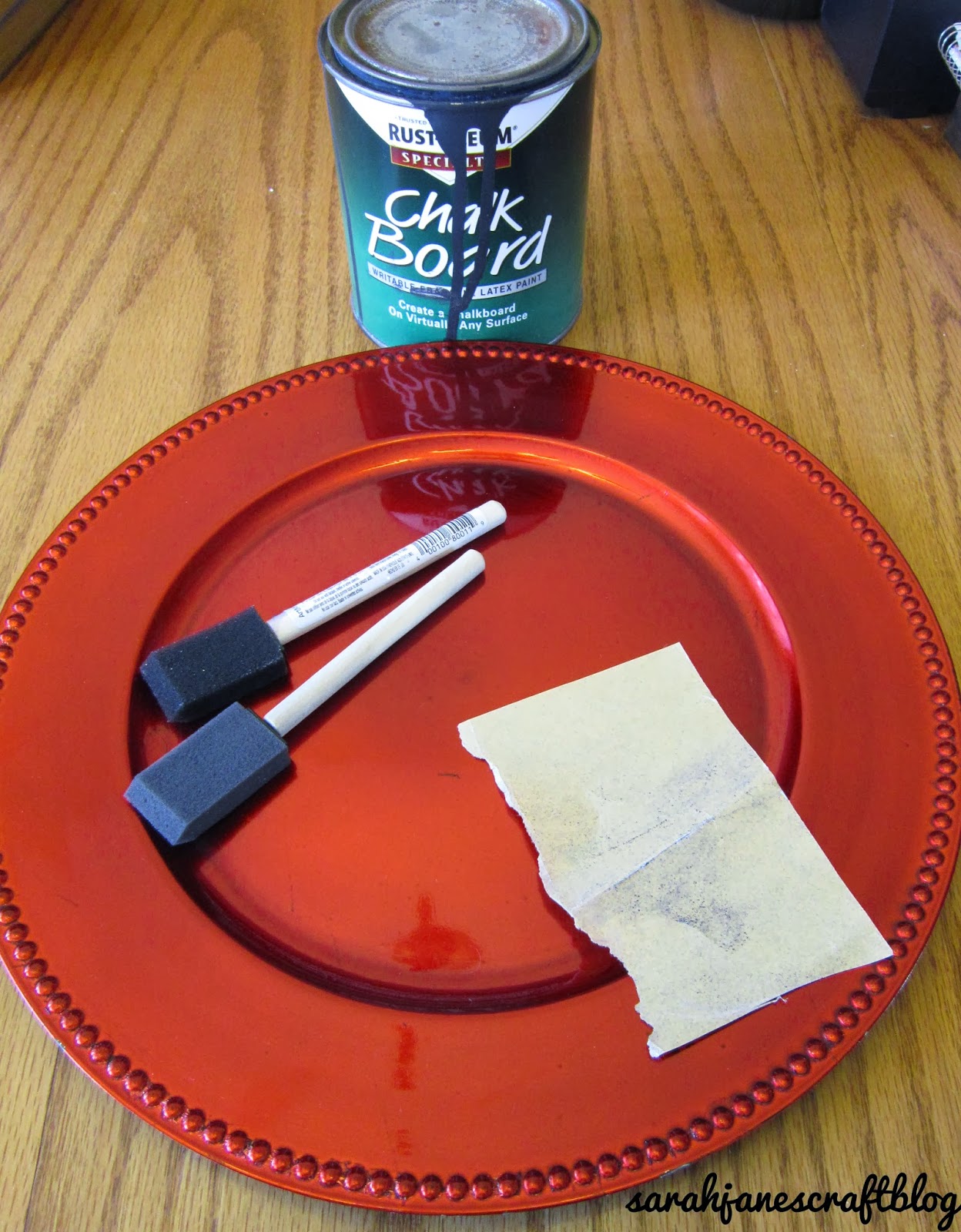 I started out by roughing the surface of the plate up a bit with some fine grit sandpaper.  It has a shiny finish, and I wanted to make sure the paint would stick.  You could, of course, use a primer, but I was impatient and the only primer I had lying around was oil based. After I sanded a bit, I wiped the plate off with a wet paper towel. 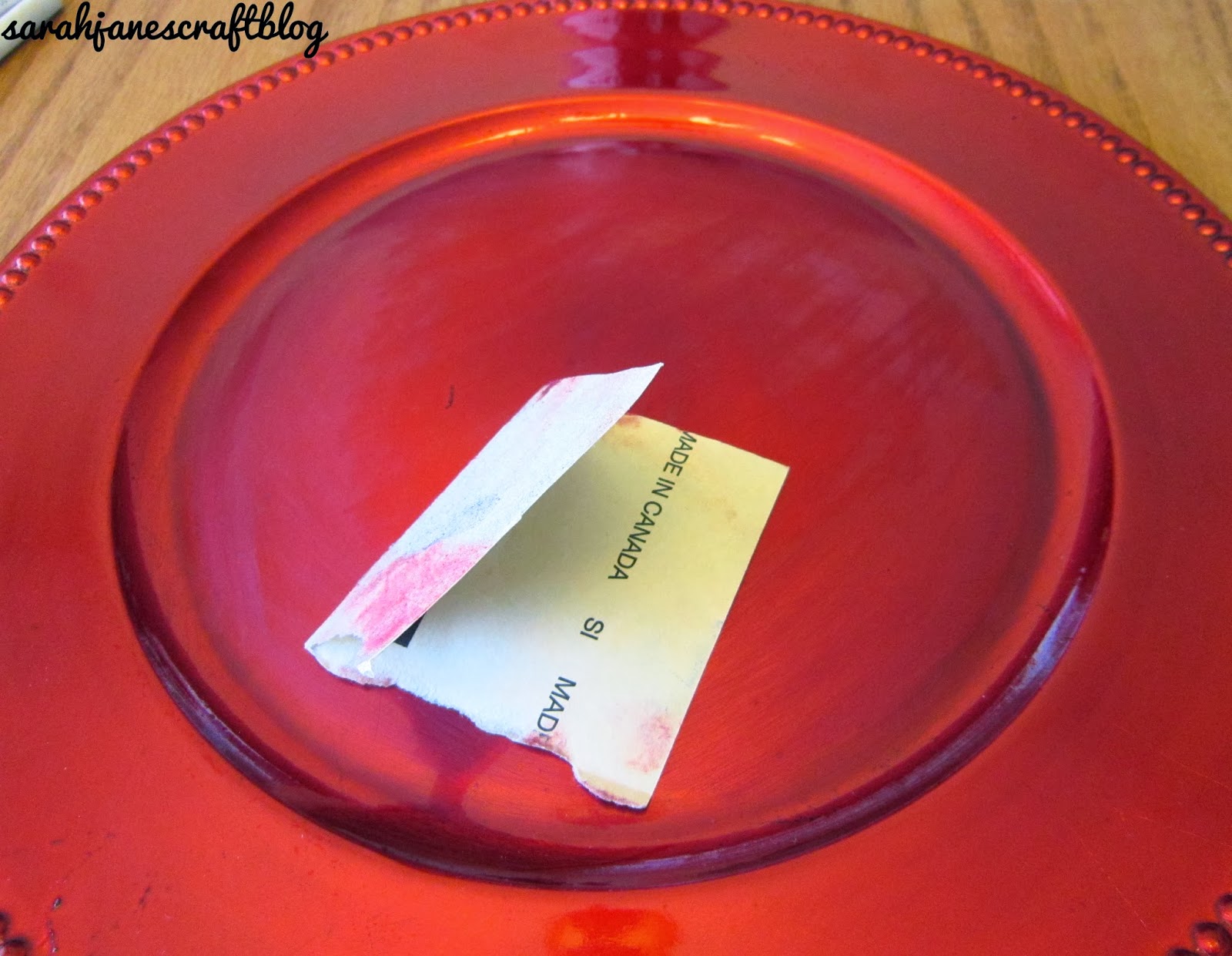 Next I painted a thin coat of the chalkboard paint.  Be sure to stir it well, especially if it's been sitting in your garage for 4+ years. 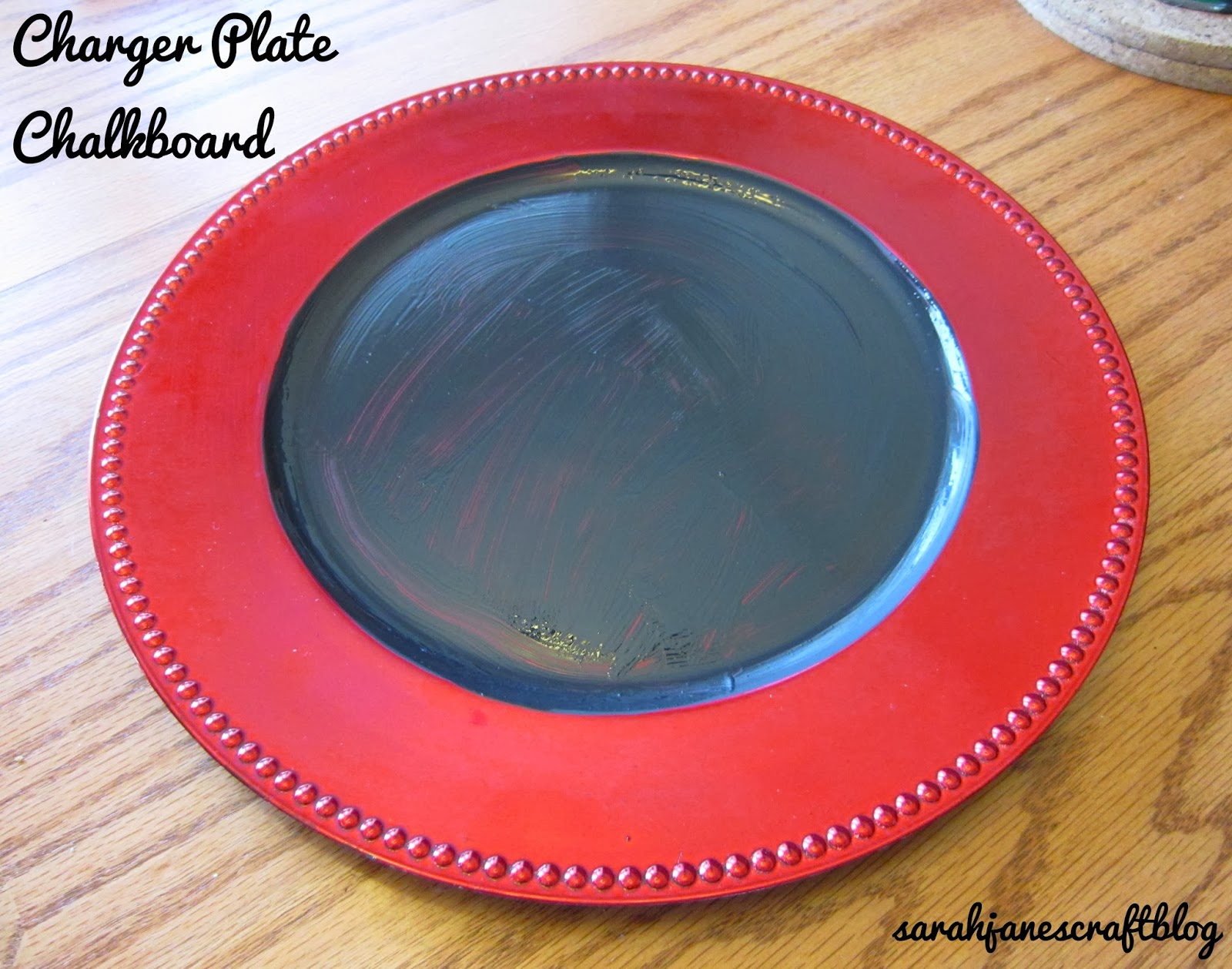 I was careful on my first coat to paint along the edge of the plate in a smooth fashion so that I wouldn't have to be as careful with it on subsequent coats. I let it dry at least an hour before coats, and I painted on two more coats (might have been able to get away with just two coats, but it was old paint and I wanted to be sure we had good coverage) to finish it up. 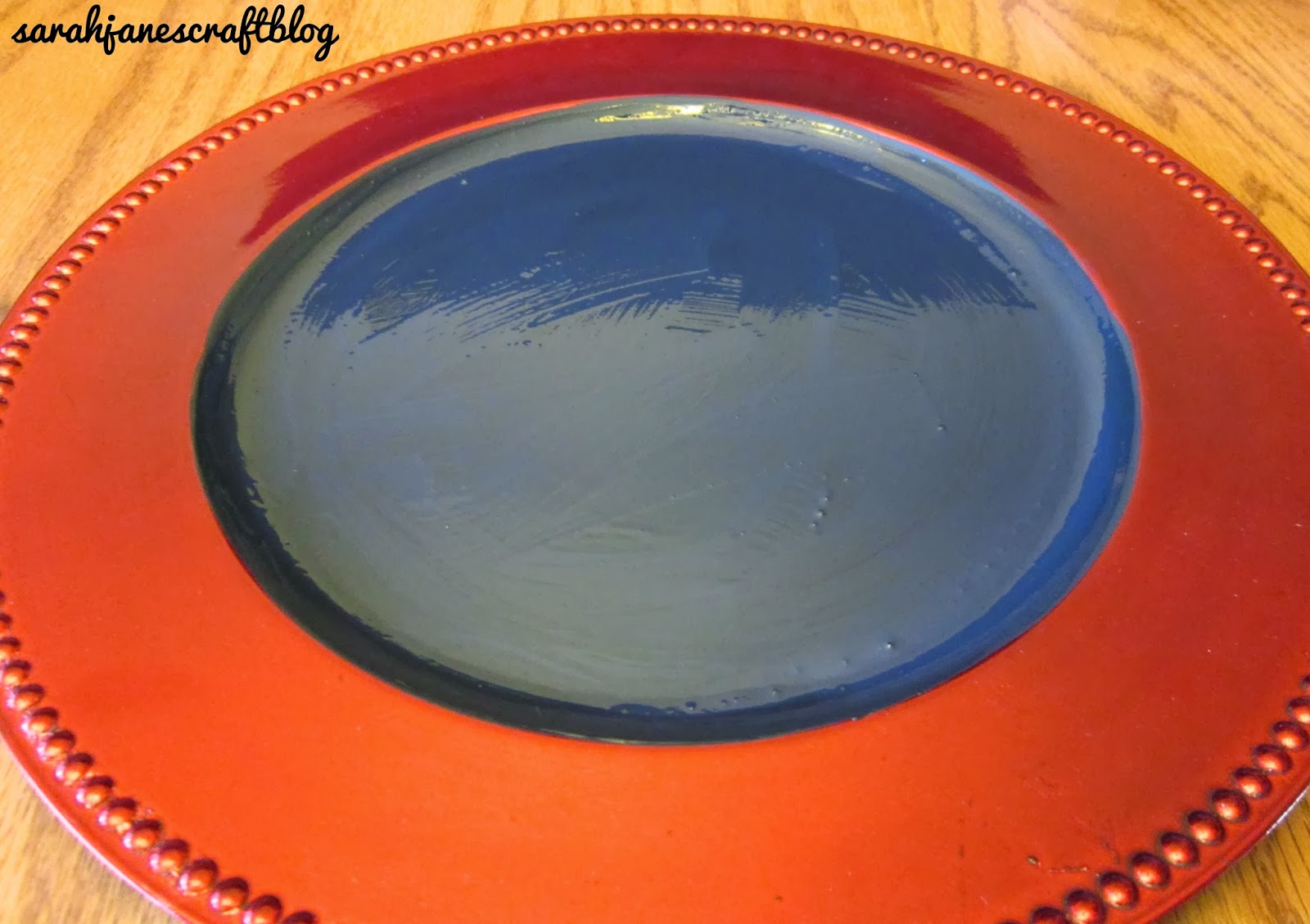 I hung the plate up using Command Adhesive Velcro on a kitchen cabinet door.  It's perfect since the plate is so light, and I can hang it wherever I want or take it down later if I get sick of it.  I decided with Valentine's Day coming up I'd write "I love you because..." messages on it.  But I have also seen these plates used for Advent countdowns around Christmas, and since it's in the kitchen I could write my grocery list or other reminders on it too. Not too bad for 50 cents! 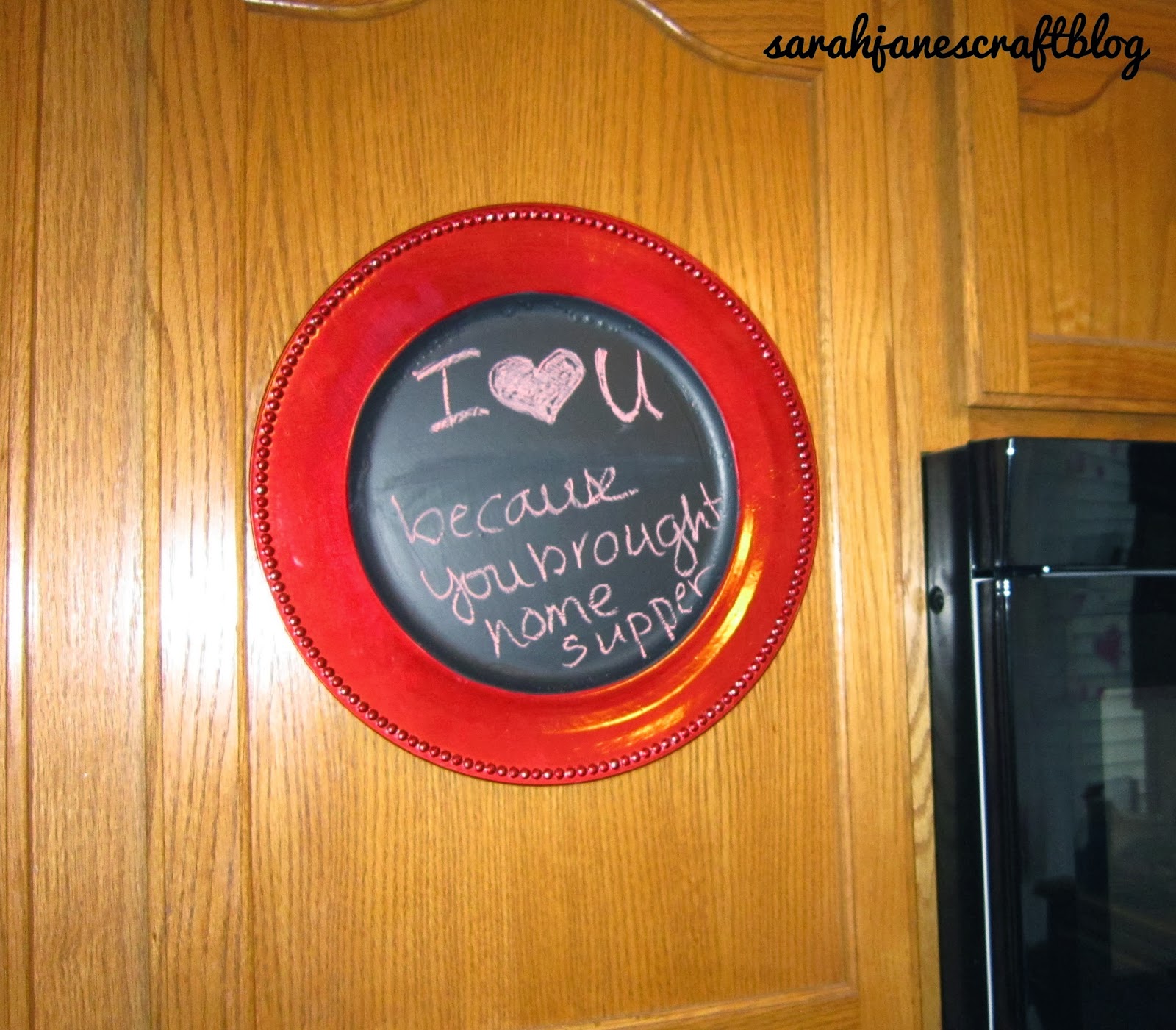