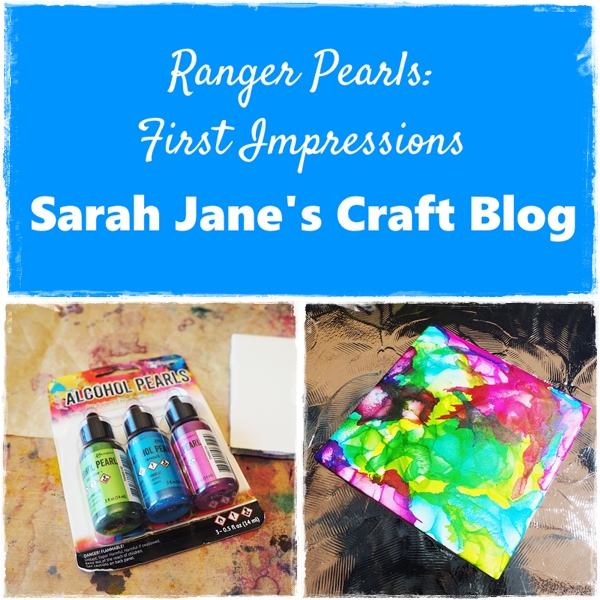 Ranger recently came out with a line of pearlescent inks. They have 4 new sets of inks, so when I managed to get back to a craft store, I used a coupon to buy a set and check them out. 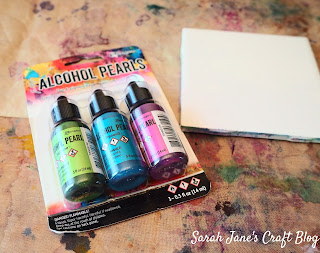 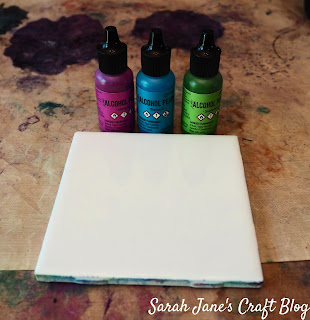 I laid out my craft mats and got out a ceramic tile to test the colors out. 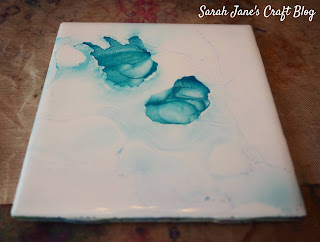 I started by applying a couple drops of the blue to the tile and then dripping rubbing alcohol over the top to see how the ink moves. It didn't. I dripped quite a bit of rubbing alcohol on the ink and used a hand held blower to try to move the ink. So the inks do not seem to thin with rubbing alcohol. They might work a bit if the rubbing alcohol was dripped before the ink, but as it was, I wiped the tile off and started again. 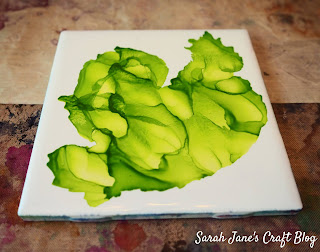 This time I put quite a bit of ink on the tile and used the blower to move it around without thinning it. It moved nicely and the ink reveals a very subtle shimmer. 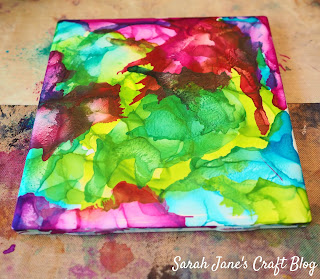 I continued adding inks and blowing it around. Not surprisingly, the blue played well with the magenta and the green, but the green and magenta turned brown when they mixed. The ink did thin a bit when I tried using a blending solution, but generally didn't like being thinned. 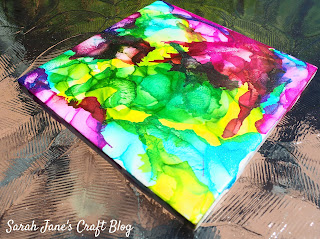 These inks could be fun in certain applications where you want a saturated color with a bit of shimmer. They'd probably be added as a contrasting color towards the end of an inking project--much like the metallic inks. Just be aware that you'll want to use a blending solution and not plain isopropyl alcohol.
alcohol inks ceramic tiles first impressions