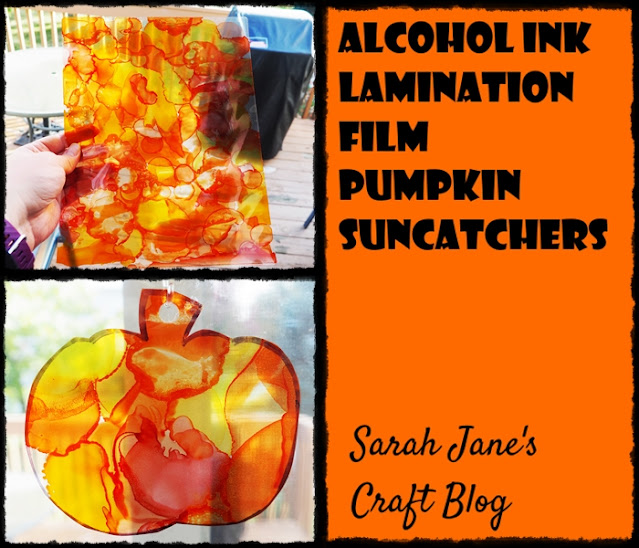 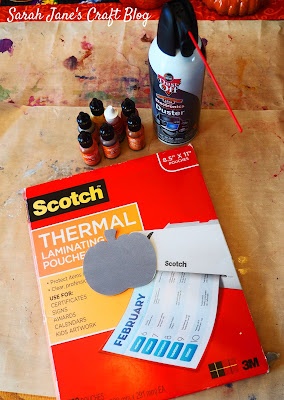 I found a pumpkin template online and printed it out on some cardstock and got my alcohol inks, crafting mat, a can of air, and some laminating pouches out. I also set up my laminator and turned it on to warm up. 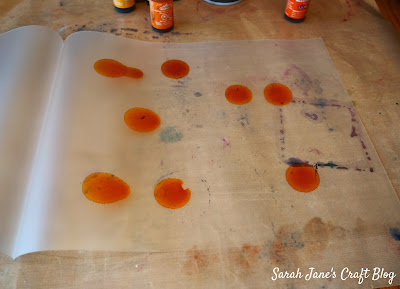 The 3M laminating pouches are two pieces of film attached at a seam on one of the short sides of the film. It can be opened like a book. The inside has a bit of a texture to keep the items you're laminating from sliding around. This textured surface keeps the ink from spreading a ton, but otherwise, it's like putting ink on any other plastic surface. I got out all of my shades of orange and a couple of shades of yellow ink and started dripping it on the film. 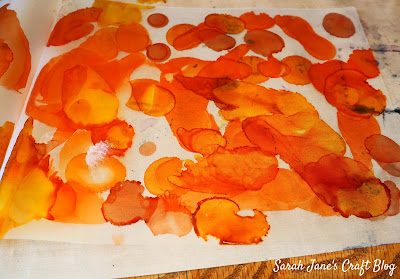 I added more and more ink and occasionally spread it around with the canned air. It doesn't spread much because of the texture, but it helps to dry the layers of ink out a bit as you apply them. 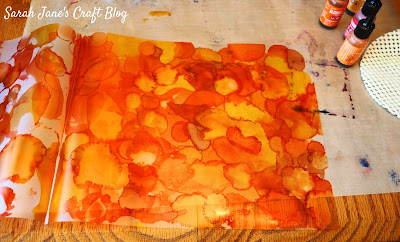 I kept inking until the sheet was mostly full of oranges and yellows. The pouch flapped shut a few times in the process (especially while using the canned air), so I got ink all over the other side (of the inside) of the pouch. It didn't seem to make much of a difference after laminating it, though. 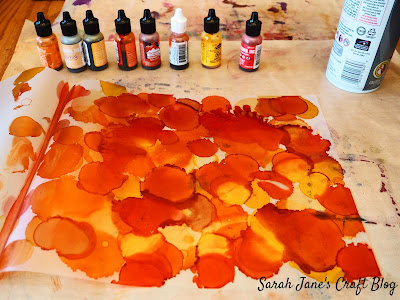 I set that sheet aside and opened up another one (always a good idea to do two so you can pick the one that turned out the best :)). This time I managed to get less on the other side of the laminating pouch. 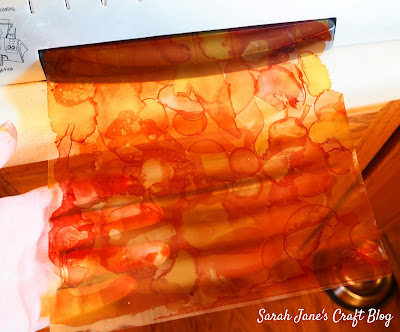 I left them both to dry for about 15 minutes and then ran them through the laminating machine. It's so satisfying to see the blotchy frosty plastic turn crystal clear and colorful. I ran it through the machine twice just to make sure there were no bubbles. 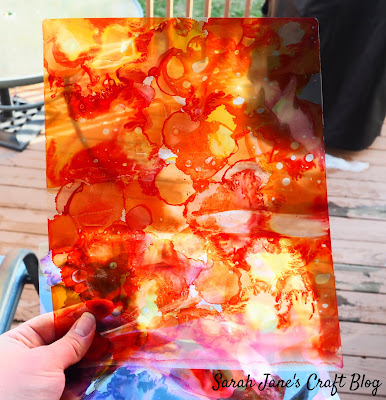 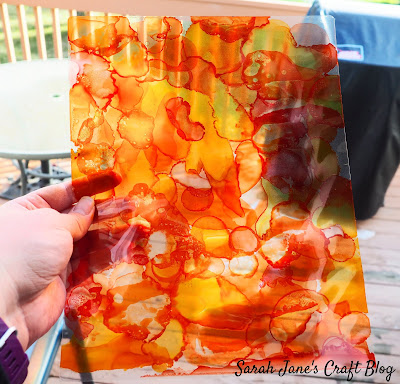 My two sheets of orange ink turned out awesome! I picked the one that I thought had the most distinct shapes/bubbles of color to make my pumpkin suncatchers. 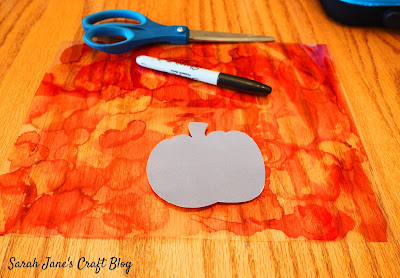 I grabbed a black sharpie and a scissors and started tracing my pumpkins. 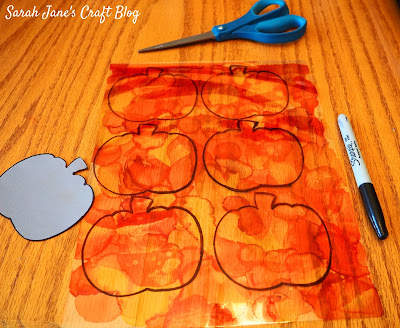 I filled my sheet with traced pumpkins and then carefully cut them out. 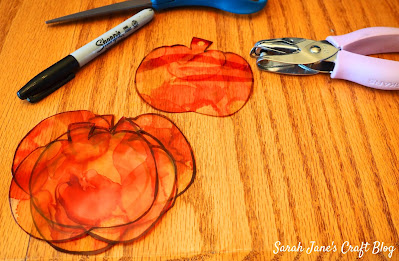 I decided to leave my black outline on the suncatcher, but you could also use a paper towel and a little rubbing alcohol to remove your sharpie lines after you've cut your pumpkins out. I used a hole punch to punch a circle into the stem of each pumpkin so I could hang it up. 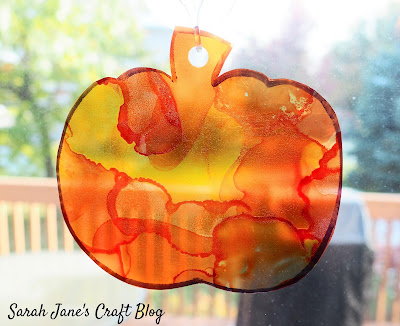 I hung my pumpkins up on some little hooked suction cups. I'm really pleased with how they turned out. Inking laminating film is a ton of fun, and I look forward to finding more uses for this inked plastic! 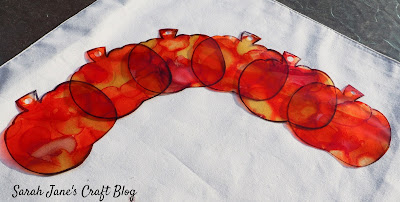