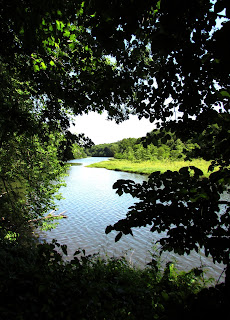 Earlier this month, we spent a week at Backbone State Park. We had a great time. It's probably one of the largest and most interesting Iowa State Parks that we've stayed at so far. It has rocky outcroppings, a river, a lake, a freshwater spring, a cave, lots of hiking, historical buildings, and even rock climbing and trout fishing. I look forward to staying there again. 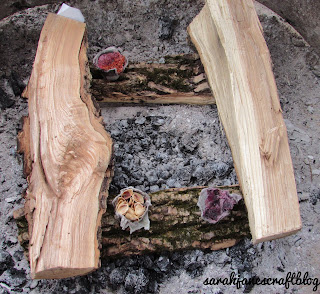 Our camping excursion gave me the perfect excuse to test out our new campfire starters that I made a couple weeks ago. We had three types of fire starters (all made by filling cardboard egg cartons and then pouring wax over): colored pencil shavings (top left), pistachio shells (bottom left), and dryer lint (bottom right). We set them up on some flat-ish logs and set about time testing them. We had already used all three fire starters with success during our camping trip. They all work great! So we had to test them...you know...for science! 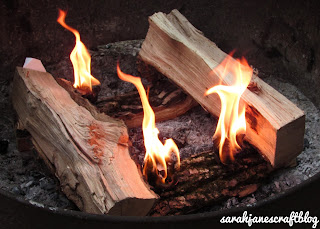 All three lit easily and created large flames that are perfect for starting fires. They all burned for quite a while too. 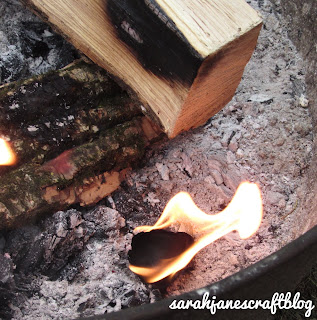 About halfway through the time test, the lint fire starter tipped off of the log it was on and fell into the soot (so much for flat-ish). It continued to burn long after it's tumble. 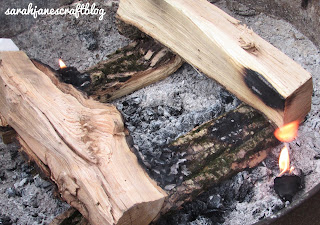 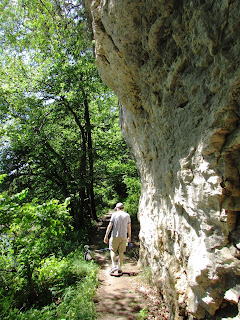 All of the fire starters performed so well that we'll continue to make all three varieties. Hubby is convinced he can make the pistachio shell starters better by crushing them before filling the egg cartons. So, next year's should work even better. 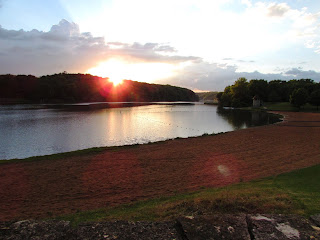