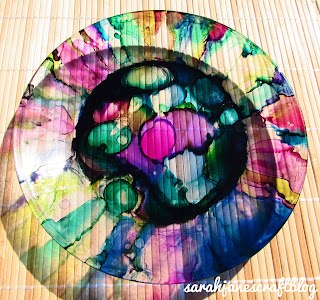 I had hoped to post about sealing last week's plate post on Thursday, but it was so rainy and dark that it took until the weekend to get good photos. So you'll get them on your regularly scheduled post day, but I have a new project that I'll post on Thursday! 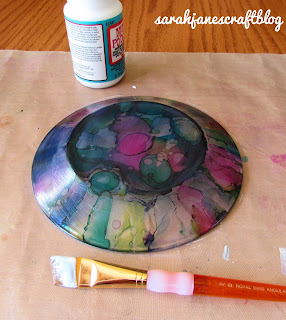 This plate turned out pretty neat, so I knew I wanted to seal it. The best option for decorative dinnerware is the dishwasher safe mod podge. I've used it on a few crafts now and it does work, it just takes a month to cure. It's also a bit thicker and takes longer to dry than regular mod podge. I opted to use a paint brush with soft bristles over my usual mod podge applicator of a foam brush because I was worried that brush strokes would be very visible on the glass. I applied three thin coats allowing plenty of time between to dry. 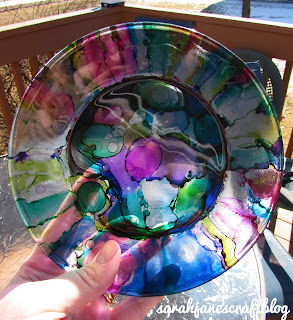 If you look at the plate's back, you can easily see the sealer, but if you set it on a table or even hold it up in the sun, it's pretty much invisible--which means it turned out perfect!