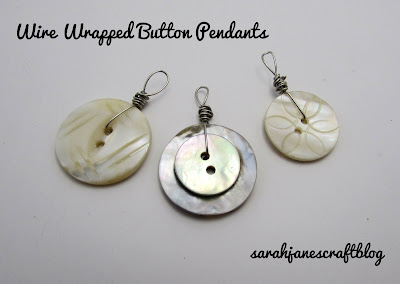 I acquired my grandmother's button collection when she moved into assisted living last year, and I've been trying to come up with creative ways to use them. There were quite a few mother of pearl buttons, so I wanted to try to turn them into some jewelry. The quickest way to do that was to wire a few up to make a simple pendant. I used this post from Craftsy.com as a guide (she used a much thicker wire and jewelry making pliers in her tutorial). 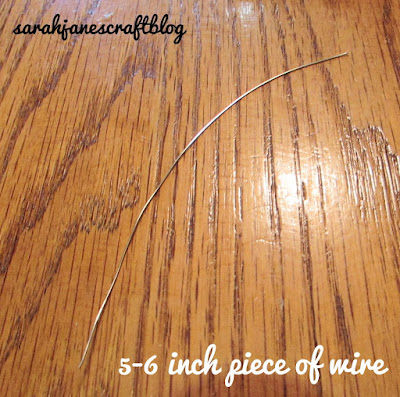 I have no idea what kind of wire I have. I think I picked it up at Wal-mart several years ago. It's bends easily by hand (probably similar to this wire). It might not be the best for holding it's shape over the long term, but it did the trick for me as I don't have any pliers that don't leave grooves on the wire, so being able to make almost all of the bends by hand was convenient for me. Use whatever wire you've got available to use. Cut a piece that's 5-6 inches long. If your wire is less bendable, aim for closer to 5 inches (so you don't have as much to wrap around). 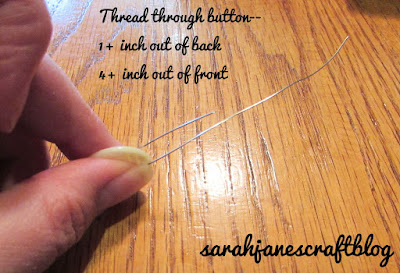 Thread your wire through one of your button holes. Leave a little over an inch coming out the back of the button and bend it so the rest comes out of the front of the button in a "U" shape. 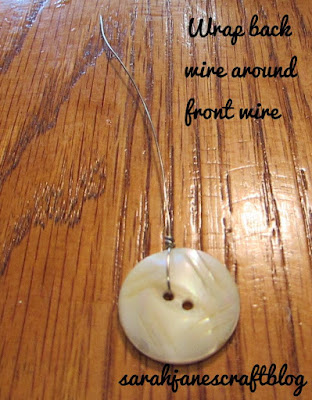 Wrap the short tail of wire from the back of the button around the front tail of the wire. Try to get it relatively tight next to the button and then wrap until all of the wire has been used. I had to use a pliers to tuck the pointed end of the wire into the wrapped bundle to finish. 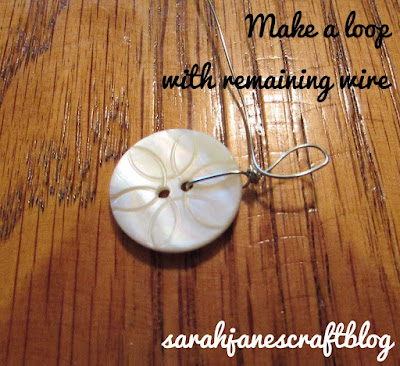 Then create a loop with the long tail of wire. 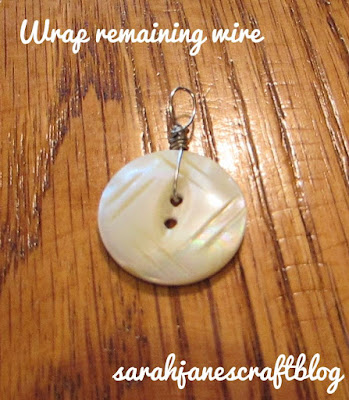 Hold the loop and wrap the excess wire around the spool you already created with the wire from the back of the button. Use a pliers again to tighten up the last piece to the bundled of wires when you're finished. 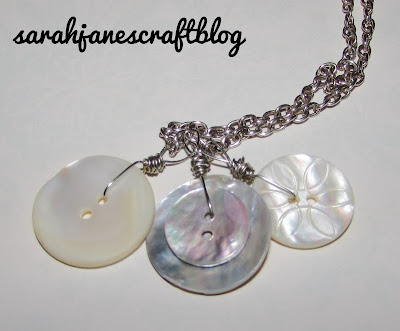 Then you can string them up on whatever cord or chain you like--quick and easy button pendants!