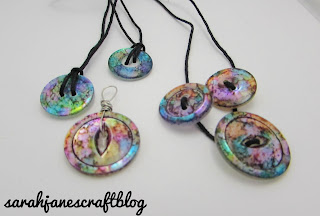 In last week's post, I made some button pendants with some old mother of pearl buttons. While I was going through my stash of buttons, I found several mother of pearl wannabee buttons made with shiny plastic. And of course the first thought from someone who is addicted to alcohol ink: "I could ink that!" 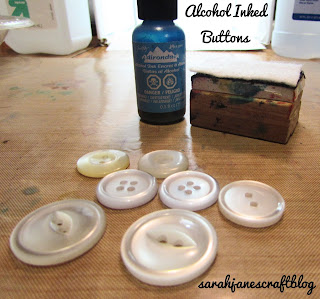 I picked out some plastic buttons and drug out my craft mat and alcohol inks. I found out quickly that the flatter buttons worked the best, but that one with a recessed area for the buttonholes actually looked kind of neat in contrast. So you can probably make most buttons work. I also have a layer of craft foam between the wood and my felt on my homemade applicator, so I could press down firmly to get into some of the nooks and crannies. 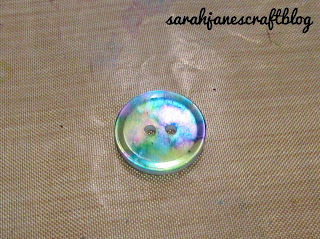 I started out thinking I'd dye the buttons one color, or with a few related colors, but after my first pass with the applicator, I knew I wanted to add more colors. I dabbed ink on until I liked the way they looked. 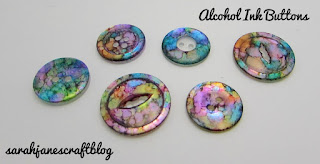 Then I went and sprayed them with some glossy clear sealer to keep the ink from smearing or scratching off.

Then I turned them into some necklaces. I looped a couple of them through some beading cord to make single necklaces, and I tied knots in the cord to make a necklace with three buttons that had similar coloring. 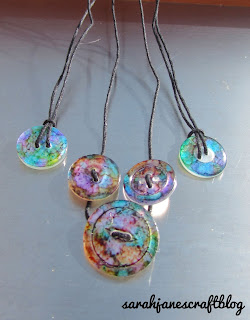 My last remaining button I wrapped in wire like my project from last week. So get crafting with those old buttons--you've got lots of options. 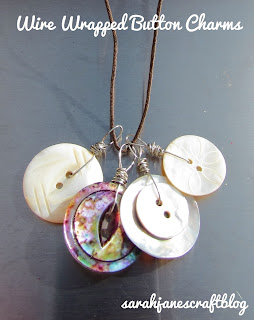