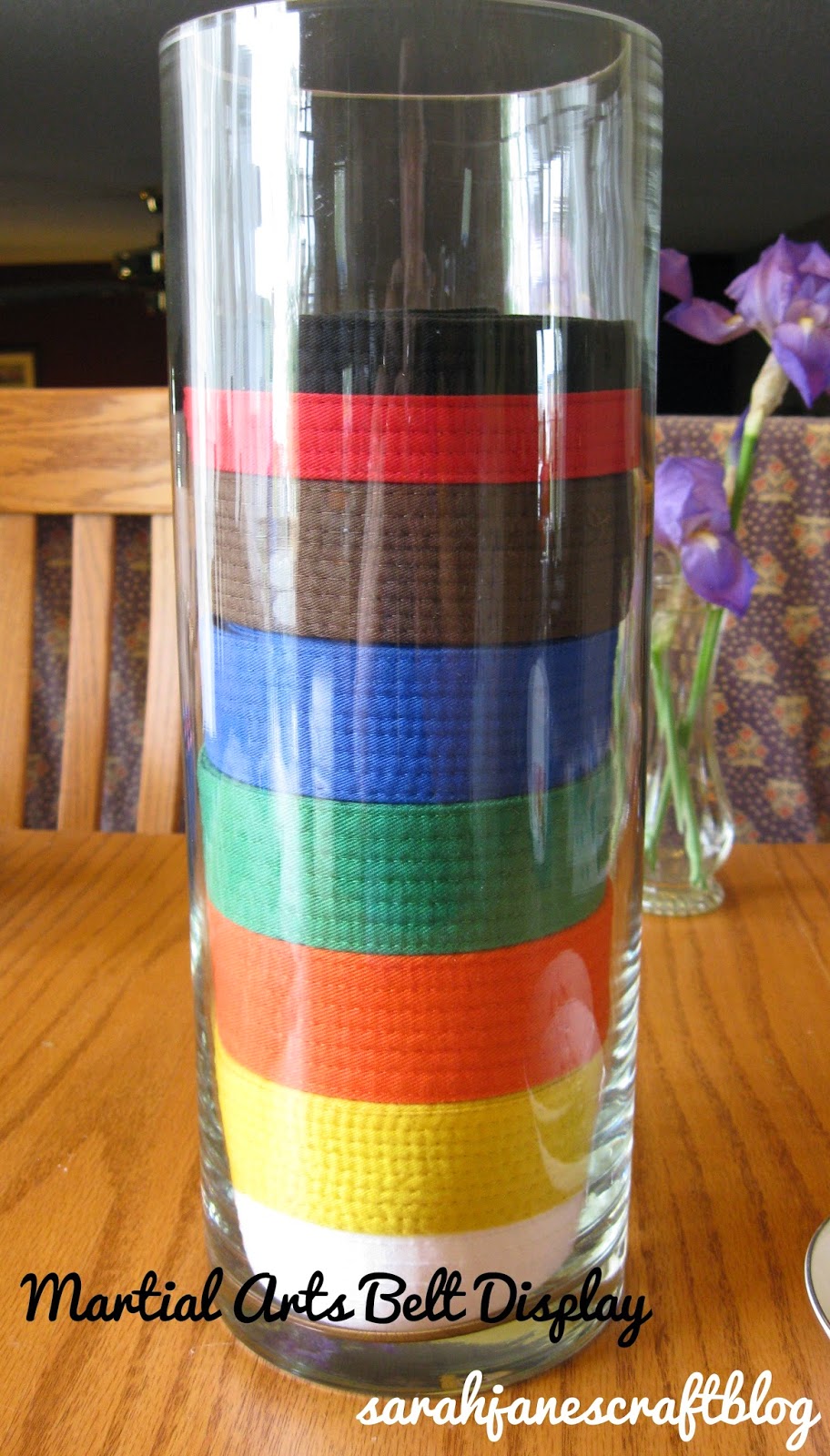 Dear husband is a black belt in Tae Kwon Do.  We've been talking about getting one of those belt displays that you hang on the wall, but they either looked really cheap and chintzy or were very expensive, so I told him I could totally make something.  Well, I still hadn't made anything when I stumbled across storing them in a vase.  I could do that.  I could totally do that.  So I wound up one of the belts and measured it.  Hubby wears a size 7 belt--which is the equivalent to a XXL(he probably only needs a 6, but better to be a bit longer than you need than to be too short).  At any rate, his belts measure about 5 inches in diameter when they are wound up into a circle. So I bought a vase that was 5.4 inches in diameter (according to the label) and 15 inches tall. He has 8 belts to display, so the height should be perfect with a little extra room at the top to toss in some medals from tournaments or maybe to make a lid for it later.  I thought I had hit the jackpot when I found this vase at Walmart for $15.  Perfect, I thought, well...sort of. 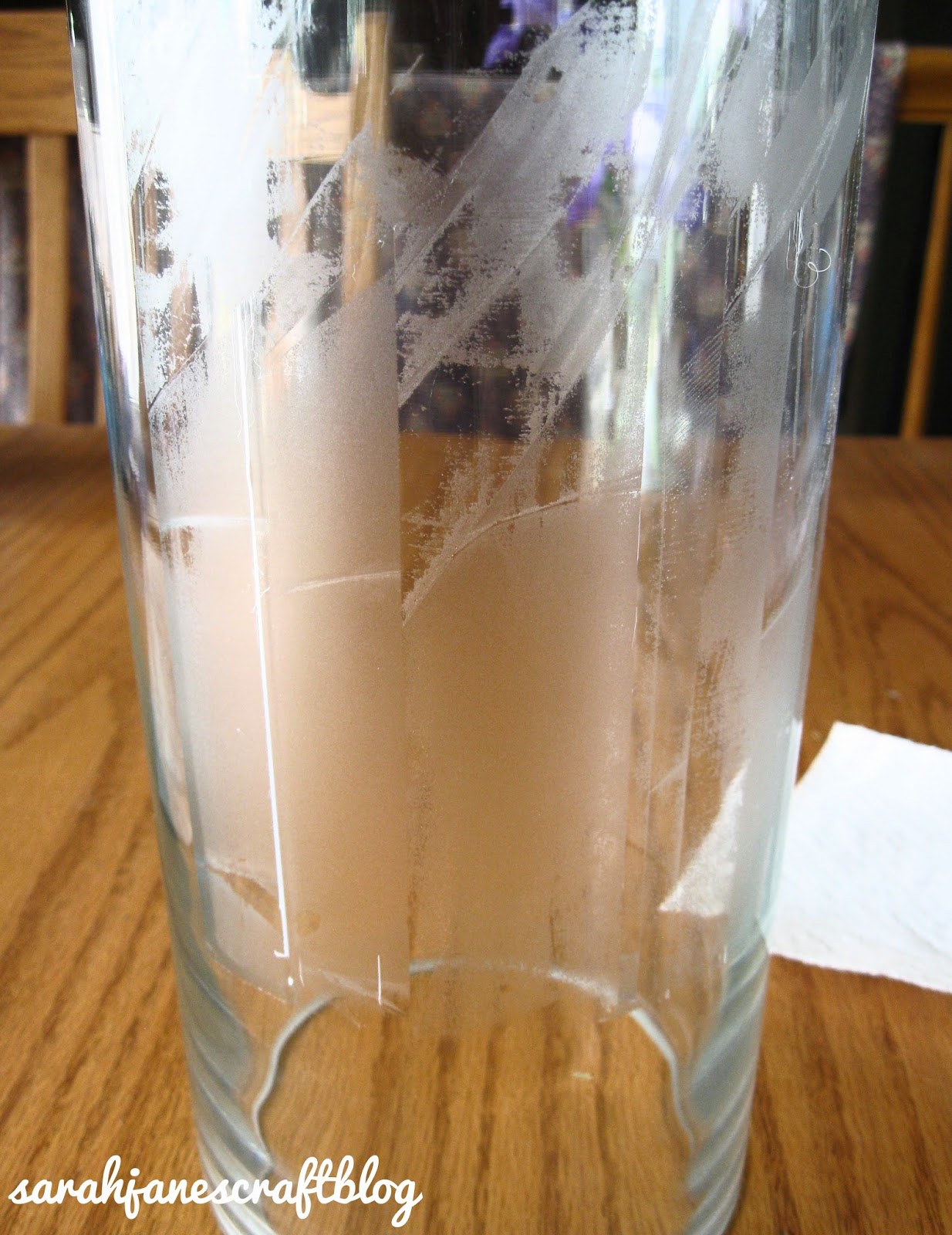 It came with a giant sticker on the front of it.  When I peeled it off it left a whole bunch of sticky residue.  So I washed it and used a bunch of Goo Gone.  Thank goodness for Goo Gone. A few minutes of scrubbing later, and it was sparkling. 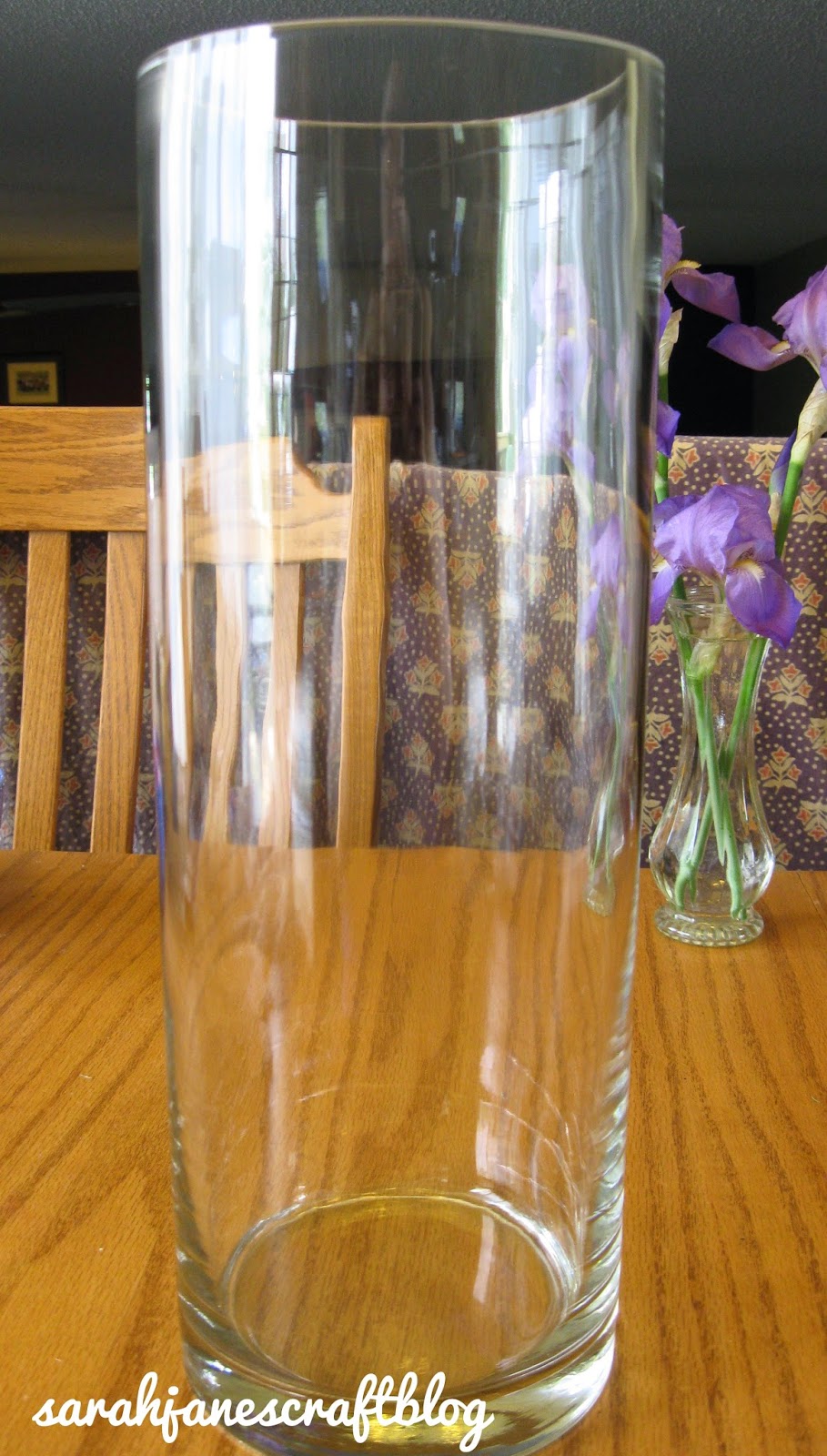 Next I began winding his belts up--starting with his white belt. 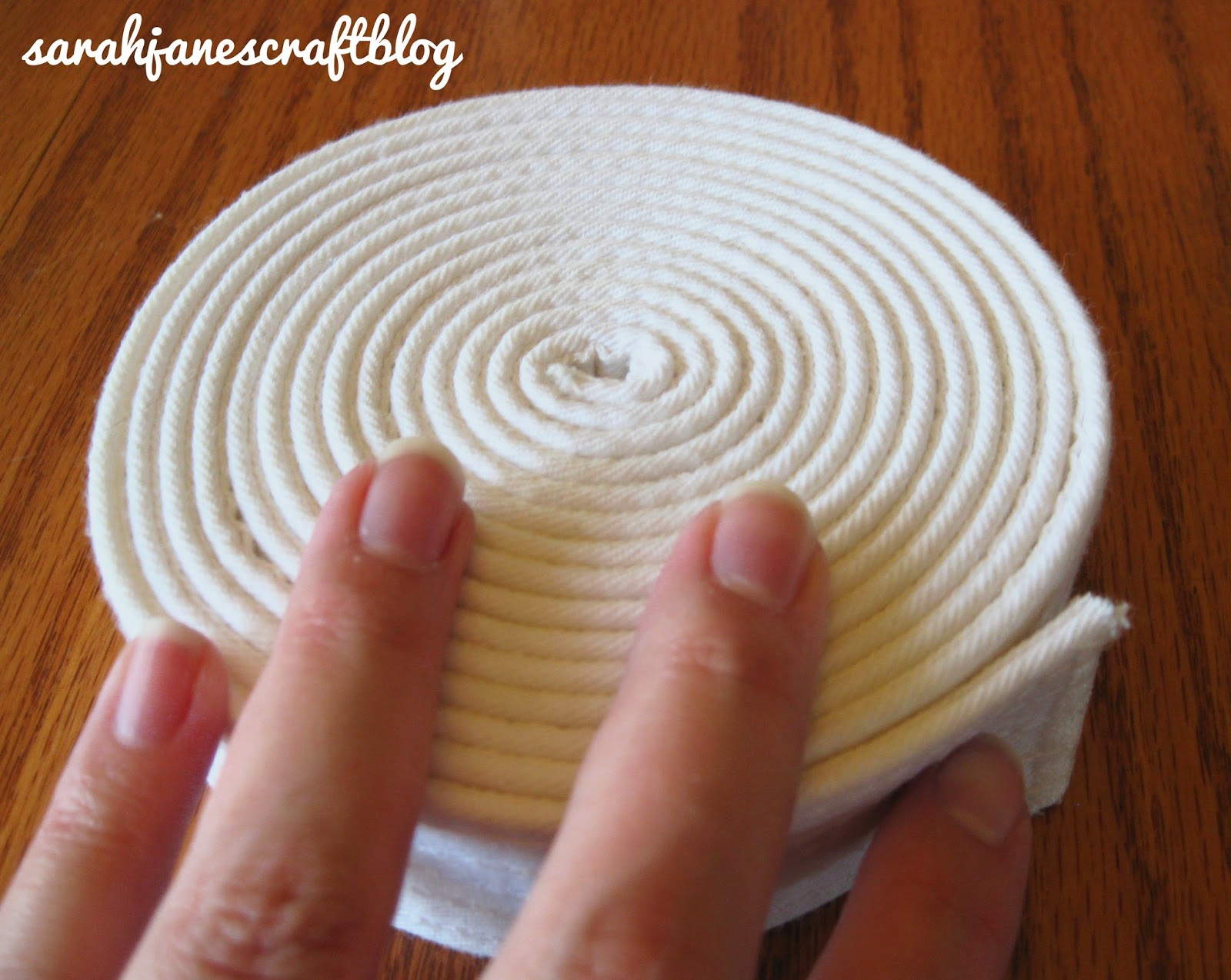 I rolled it up as tightly as I could and put a pin in the end of the belt to keep it from unraveling. 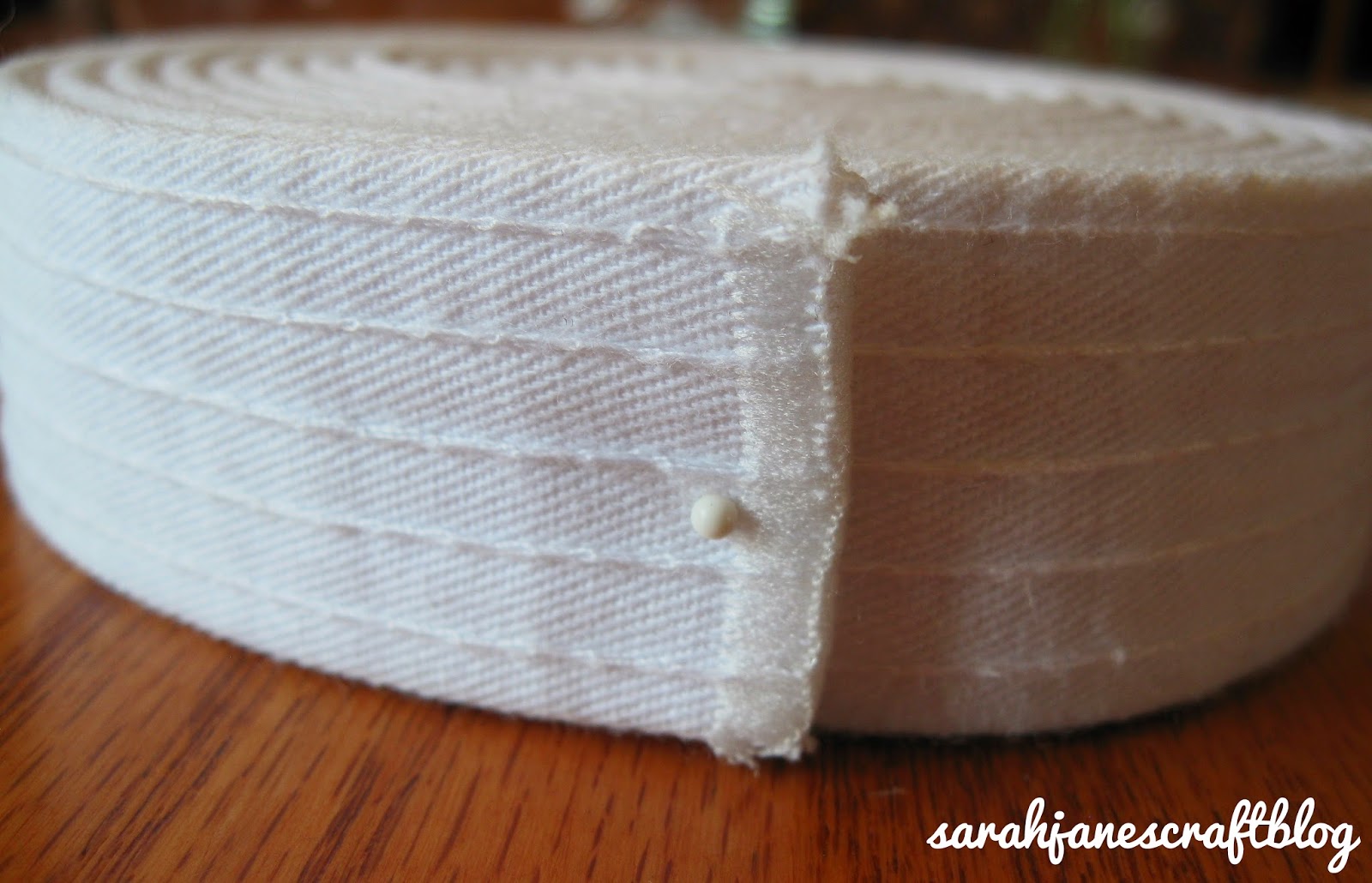 Then I dropped the belt into the vase.  Simple and sleek looking.  I was looking forward to the rest of the belts! 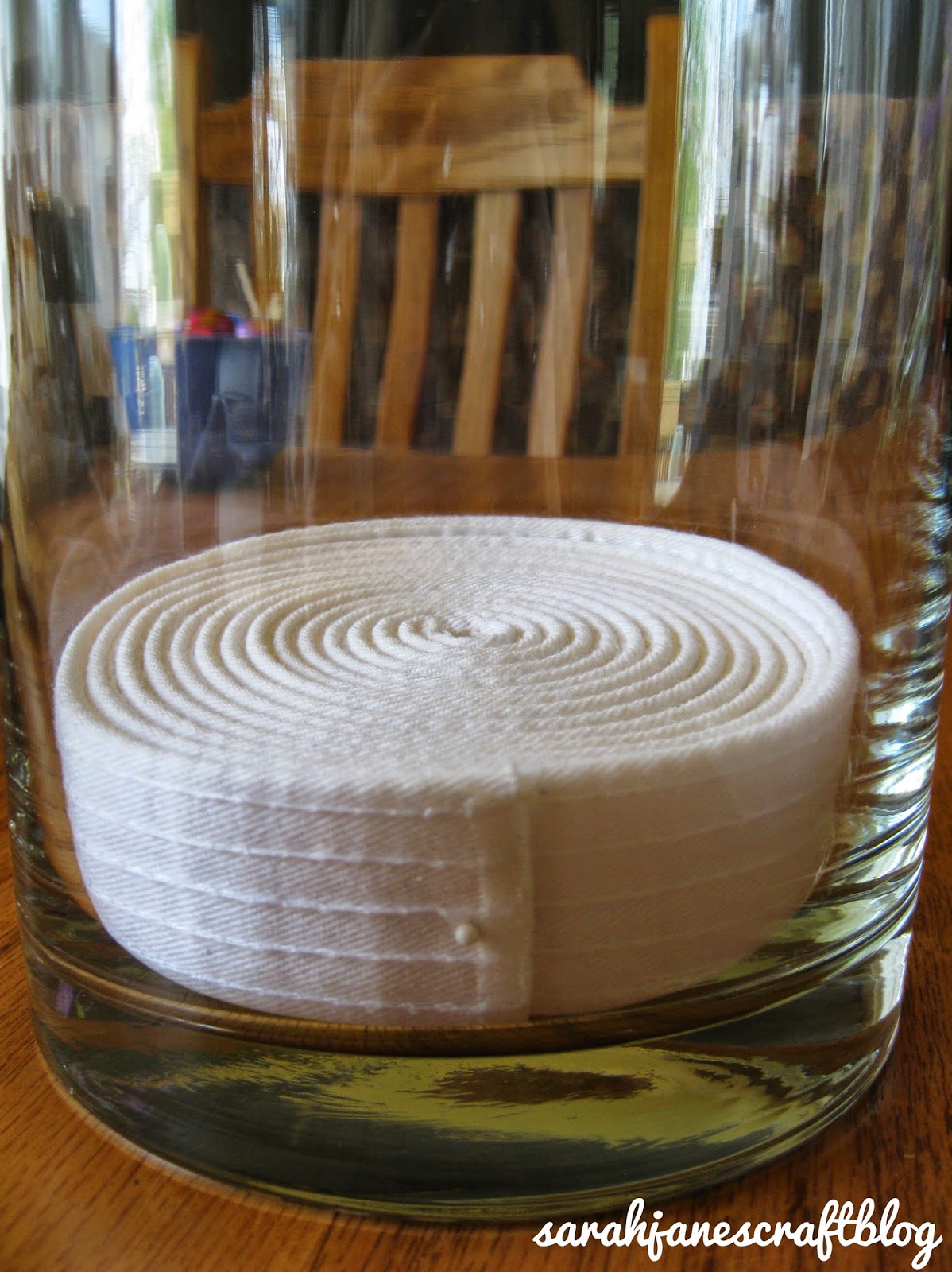 I started winding up the rest and noticed something.  not all of the belts are the same width or the same thickness even though they are all the same size from the same company.  So I had no problems at all until I got to the brown belt.  Apparently it's a bit bigger than 5 inches (especially with the black electrical tape they put on it to track the levels before you can test for black belt), and the vase, the 5.4 inches is the diameter of the vase on the outside, not on the inside.  5.4 inches on the inside would have been perfect!  So I rewound the brown belt a couple of times and put an extra pin in it half way through and I was able to squeeze it into the vase.  The temporary black belt (the red and black one) was also tricky since it has two layers of fabric on it where the red is (and I was informed after I took the photo at the top of this blog post that the black side goes on the bottom, so I had to pull it out and flip it over, but I managed to squeeze it in too).

But the black belt, it was a different story.  I rewound it 3 times and couldn't get it to fit.  I think the glass gets a bit thicker at the top of the vase too, so that doesn't help.  So aside from some sort of ironing or washing or something that makes the black belt a bit thinner, I couldn't get it into the vase without pulling the last two layers of belt up and it sticking over the top edge of the vase.  Now I know, buy a 6 inch vase.  So if you have a teen or child in TKD or Karate and you want to store 8 or fewer belts in a compact display, this vase from Walmart will probably work perfectly. Heck even if you're a small adult, it should work perfectly--it almost worked perfectly for us too--unfortunately Rob won't let me cut the last 20 inches of his black belt off so it will fit in the vase :-P. So this project is super easy and looks pretty good--as long as you get the right sized vase for your belts. 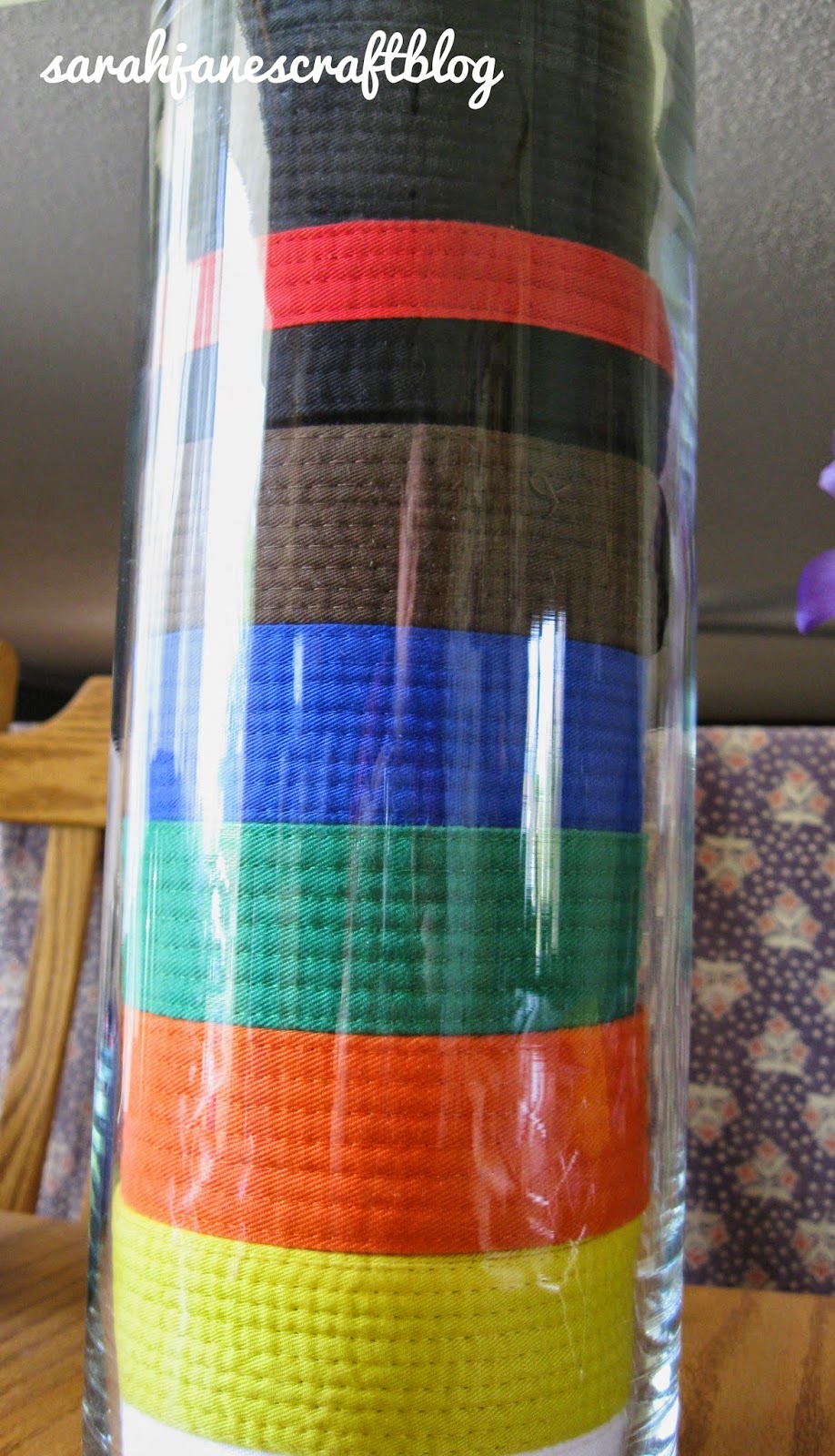 Email ThisBlogThis!Share to TwitterShare to FacebookShare to Pinterest
Labels: most popular posts, organization