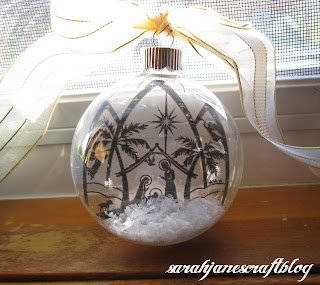 Last year I picked up a couple of boxes of plain glass ornaments at Hobby Lobby or Michael's at 50% off after Christmas.  So this year, I get to figure out what the heck to do with them.  My first project was to print out a couple of designs on transparency paper to create a cool translucent effect.  Of course, the real trick with this project was getting decent photographs.  The rest of the project was super easy.

I had some leftover printable transparencies lying around from back when teachers still used overhead projectors (5+ years old).  You may have better luck photocopying your designs onto regular transparency film as I have no idea where you can get ink jet transparencies anymore (perhaps office supply stores or here).  I found a few designs online that I thought would work.  The first was a black and white silhouette of a nativity scene.  The second was a snowman with a blue background (think snow globe effect). The third one I found was a snowy scene that didn't print out very well on the transparency as it was mostly white--so it got nixed from the project.

After I printed out my images the approximate size of the ornaments (mine were 3 1/4 inches), I found something about the right size to draw a circle around the design.  My choice was a Star Trek glass. 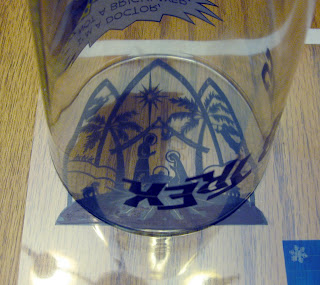 After I had circled the images, I cut them out with a scissors. I made sure to cut off any of the pen markings by cutting inside the lines. 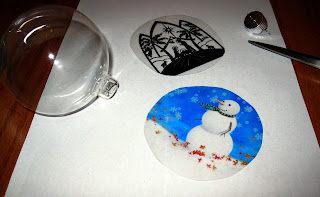 Next I rolled the transparency up so that it could be slide into the ball. It pops right open once you get it in the ornament. If you cut the circle too big, you should be able to pull it out with a tweezers (but it will probably take a bit of finagling).I pushed my transparency image around with a chopstick and then added some fake plastic snow using a funnel. I had to push the image forward and put snow both in front of and behind the image. 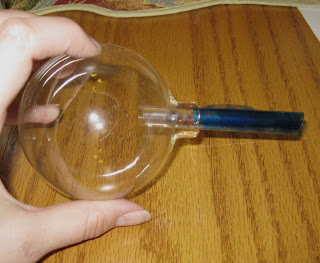 When you're done, decorate with a bow, or hang it right on your tree. Because these ornaments are so transparent and reflective, it was difficult to take photos that showed what they really looked like.  I hope you get the general idea because I feel like they turned out pretty cool and took very little time and money to make. 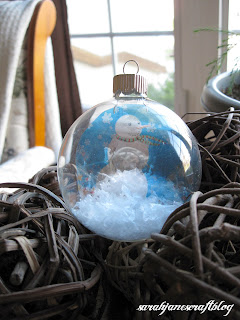 Email ThisBlogThis!Share to TwitterShare to FacebookShare to Pinterest
Labels: ornaments