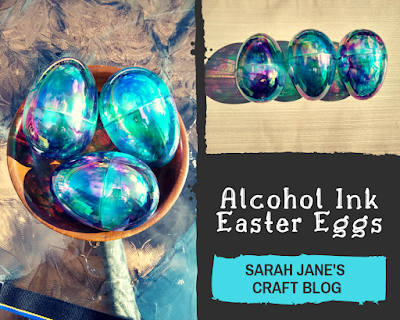 A few weeks ago, I went to the Goodwill Outlet and picked up a cart full of stuff. One of the things I picked up was a package of large (like about 4 inches tall) iridescent plastic Easter Eggs. They were pretty and light (it's pay by weight at the Goodwill Outlet), so I tossed them in the cart. 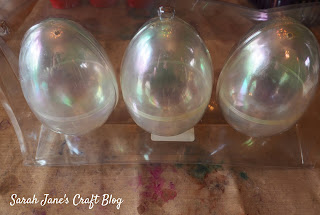 After getting home and taking a closer look at them, I knew I wanted to ink them. Since Easter eggs are usually used to hide treats, these don't do a very good job of that. Some ink would make them more colorful and perhaps hide contents. I had used alcohol ink on plastic Easter eggs in the past (both stamped and blown), so I knew inking would work, but I had never worked with these iridescent eggs before. 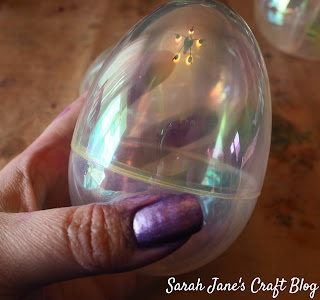 After looking at the eggs, I decided that inking the inside would be a better choice. The shimmery coating was on the outside of the eggs and if I inked over it, it would probably be less shimmery. 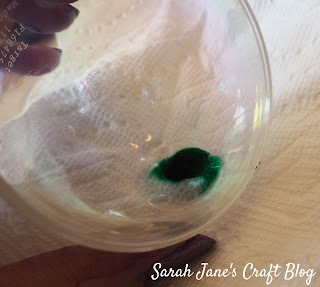 I started by opening the eggs up and giving them a color wash in Clover green. I dripped a bit of rubbing alcohol in half the egg and dripped a few drops of ink into it. Then I swirled the ink around. If the ink is really thinned out, you can close the two halves together and shake it (be careful of the holes they put in the tops and bottoms of plastic eggs, though). 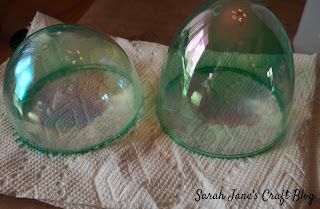 After I had a base coat of green, I flipped the halves over to dry on a paper towel. The ink likes to settle along the grooves where the two halves go together, so you might want to wipe the edge off. 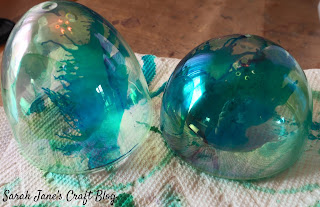 Then I added some Pinata Blue and used a can of air to blow it around. Once I felt I had enough blue, I set them down on the paper towel to dry for a bit. 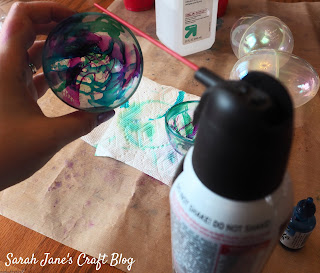 Then I added some Pinata Purple and blew it around with the canned air. Then I added a little more of the Clover green to finish it off. 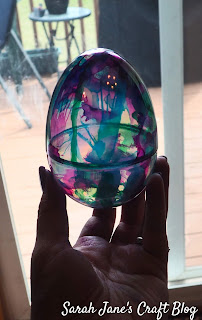 I repeated the process for all three of my large iridescent eggs with the same colors so they would match as a set. I was a little worried about the halves matching up when I put them back together, but the ink blowing is random enough, that it doesn't much matter if the edges don't match up. The eggs were pretty to start with, and now they are super colorful and pretty! 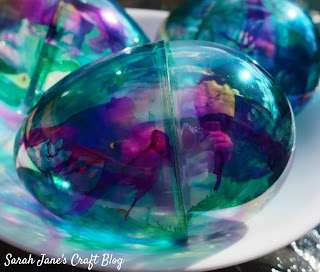