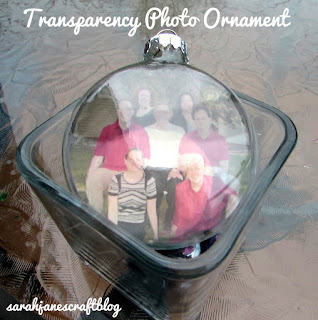 A long long time ago, I bought some printable transparencies (in grad school, like 10+ years ago) back when people still used overhead projectors. Several years ago, I made some ornaments with my leftovers sheets. At the beginning of the holiday season, I bought a bunch of blank ornaments from Michael's. I've been using my plastic ornaments, but I also had some flat glass ornaments...and as it turns out, exactly one leftover sheet of printable transparencies. So I decided to make a set of photo ornaments for my family. 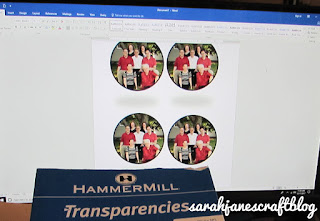 I opened the photo in Word so I could easily see the size in inches. My ornaments were 3 inches, so I used the circle/oval frame to crop the photo to the right size. Then I copied it 3 more times to fill the sheet. It was my last sheet, after all. I wasn't about to waste it. 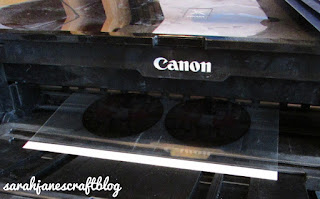 I followed the instructions on the package of transparencies. There's a slightly rough side that needs to be put in on the side that prints and then I had to let them sit and dry for about a half an hour. 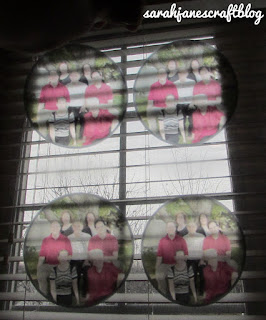 After they printed, I held them up to see how they turned out--a bit more transparent than I'd hope, but successful. Which is good, since I only had one sheet. :) 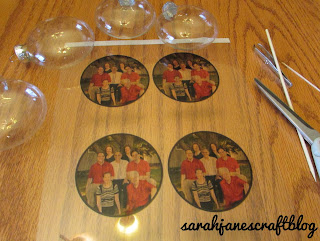 So I gathered up my ornaments and a scissors and some tools to work the pieces of plastic down into the ornament (a bamboo skewer and a pair of tweezers). 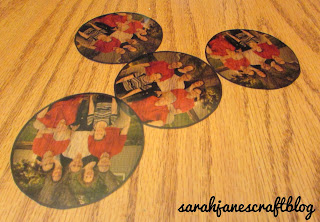 I carefully cut the circles out of the transparency with my scissors. The circle frame from Word was a nice guide for cutting them out. 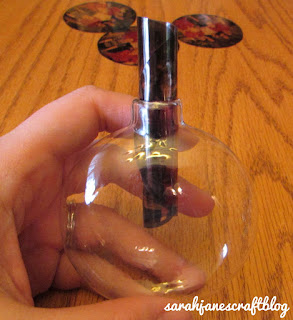 Then I carefully rolled the plastic up to fit through the opening at the top of the ornament. I rolled it ink side inward so that it wouldn't scratch or scrape the ink off as I squeezed it into the ornament. 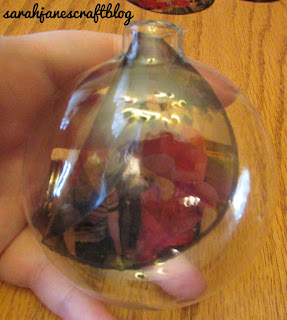 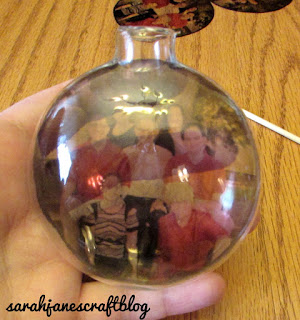 If the picture wasn't quite straight, I used the tweezers to tilt it back into place. Generally, the transparencies went into the ornaments very easily. The flat ornaments work very well as the round ones require a lot of adjusting and some stuff (like glitter or fake snow) at the bottom to keep the transparency upright and centered--the flat ones do not. 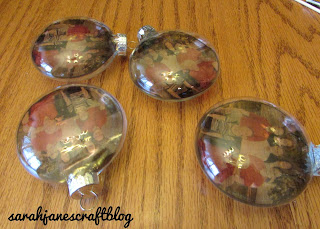 In the end, the hardest part of this whole project was cropping the photo to the right size and then waiting for the ink to dry--otherwise, it was super easy and quick. 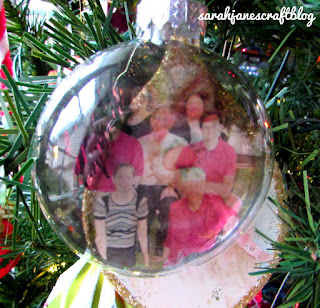 The ornaments did end up a bit see-through on the tree and might work better hung on an ornament stand, but they're still pretty neat.