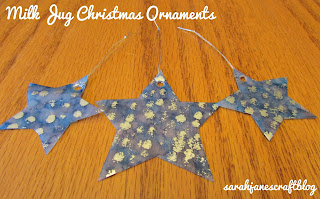 So I was browsing the internet looking for some inspiration and came across a couple of projects using milk jug plastic and sharpies. I knew that if sharpies worked, so would alcohol ink. And thus continues my lifelong quest to ink everything that can be inked. 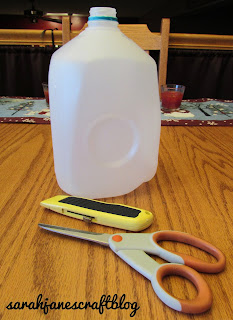 So I grabbed a gallon milk jug out of the recycling bin and a scissors and box cutter. You'll need to use a box cutter or craft knife to cut the top off of the jug. After the top has been removed, you can cut the rest of the jug with a scissors. 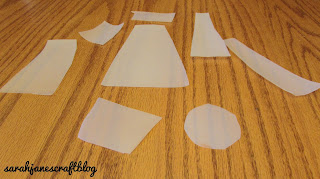 I cut out all the parts that would lay flat. I wasn't left with much. I'm sure there are other types of jugs that would give you more plastic to work with, but I used what I had in the trash. 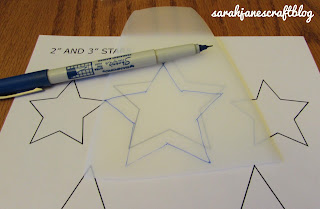 Next, I printed out a star template with 2 and 3-inch stars. Then I used a fine point sharpie and just laid the plastic on top of it to trace. It doesn't need to be perfect. Your scissors will cut a fairly straight line since the material is thick, so you just need to have the size and angles to reference. 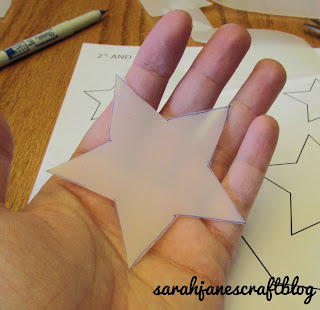 After I traced the stars onto my plastic, I cut them out with a scissors. 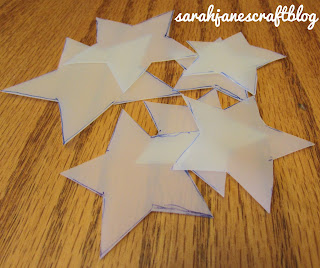 I ended up with 7 stars from my milk jug. I was satisfied--plenty of stars to give this surface a good solid try with the inks. 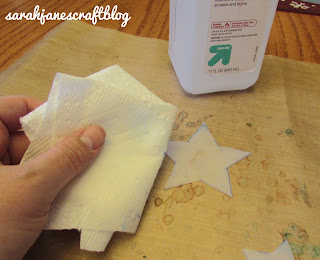 Since there was blue ink all over the edges of the stars, I put some rubbing alcohol onto a paper towel and wiped the excess sharpie off the edges. 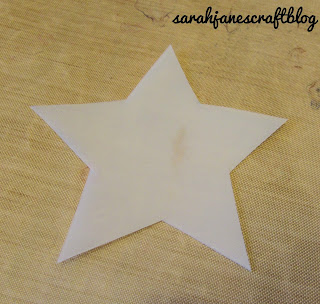 As long as your sharpie ink is pretty fresh, the rubbing alcohol will take it right off. 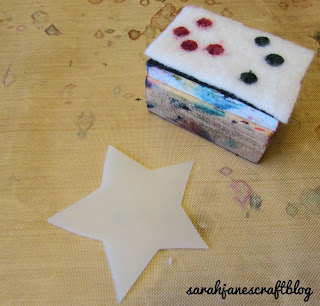 On my first stars, I tried the classic Christmas colors of red and green. I put red on one side of my applicator felt and green on the other since those two colors don't play together very well. 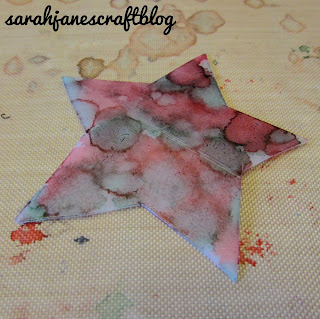 As I stamped them, they did turn a bit brown and muddied, but I was able to get a good layer of ink on three of the smaller stars with just the one application of ink. I tried adding a little gold ink over the top, but it was barely visible. 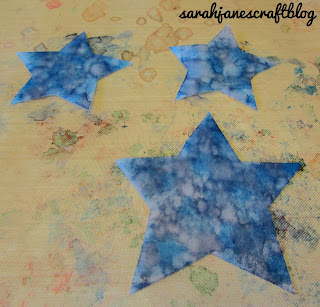 Next, I tried some blue stars. I used three different shades of blue ink on my applicator and covered the stars. 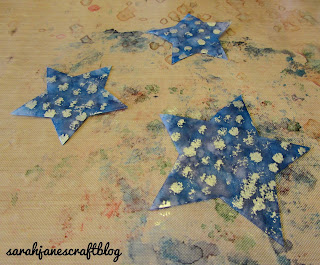 Then I put some silver on a piece of felt and stamped the stars. The silver showed up vibrantly and was a great addition.  My last star I stamped with a bunch of different colors. 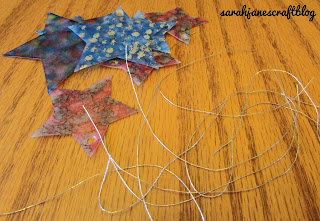 After they were all stamped, I let them dry while I cleaned up my craft mat and felt pieces. Then punched holes in the stars and I strung them up with some silver thread. 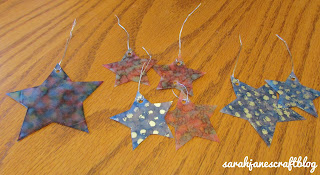 This was a super easy and fun craft. Tying the thread on was the most time-consuming partof the whole project. The milk jug plastic works great with alcohol ink and takes sharpie ink very well if you don't have any alcohol ink in your craft stash.