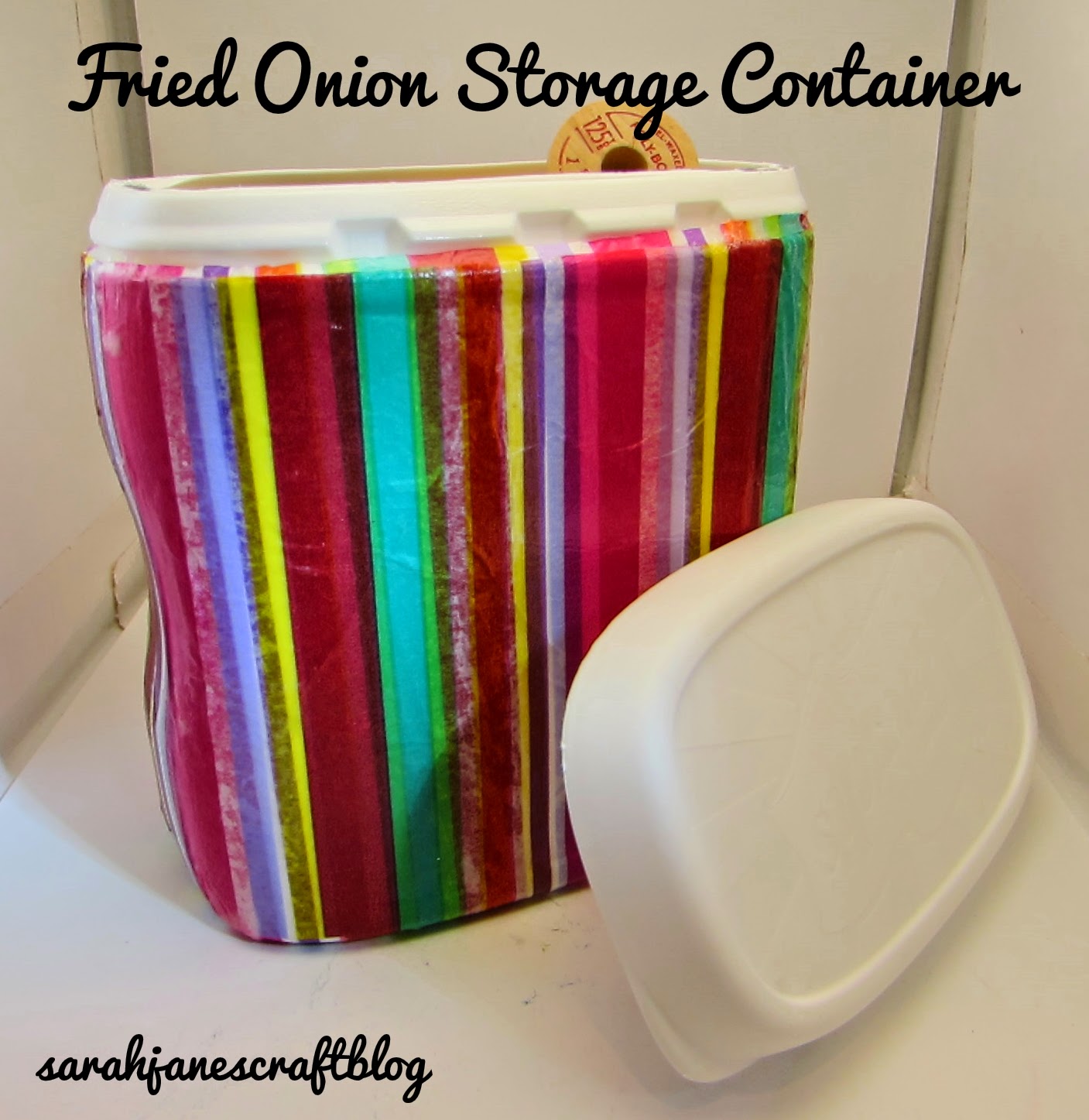 Ok, so this one is on it's third time round, but I like the project so much that I just can't throw away my empty containers after the holiday green bean casserole season--I just have to turn them into cute storage containers.

In case you missed them: 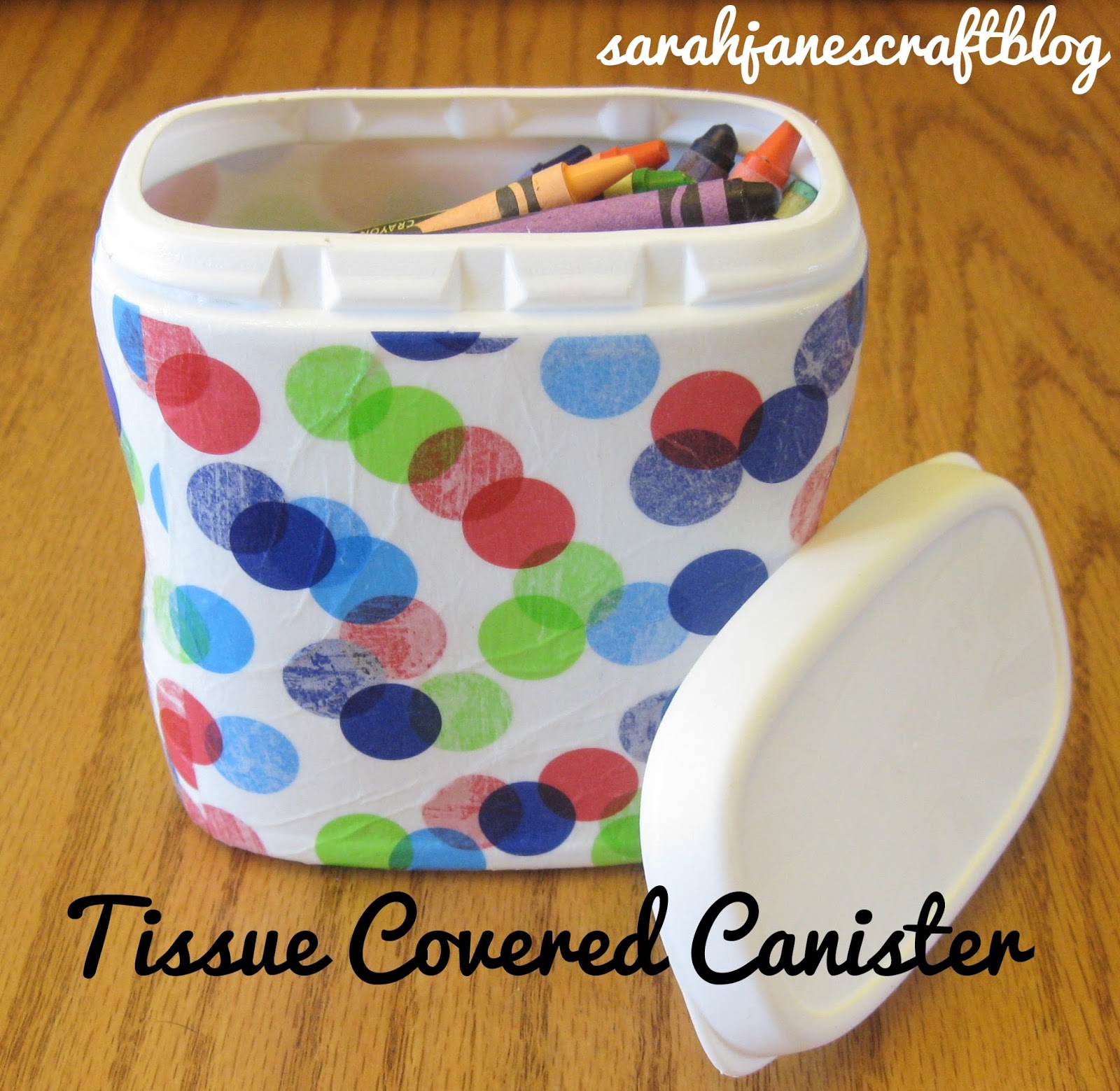 The first time I covered one of the French's Fried Onion containers I used some cute polka dot tissue paper that layered really well. Which worked great because the paper was thin and I teared it in a couple spots on the first layer. 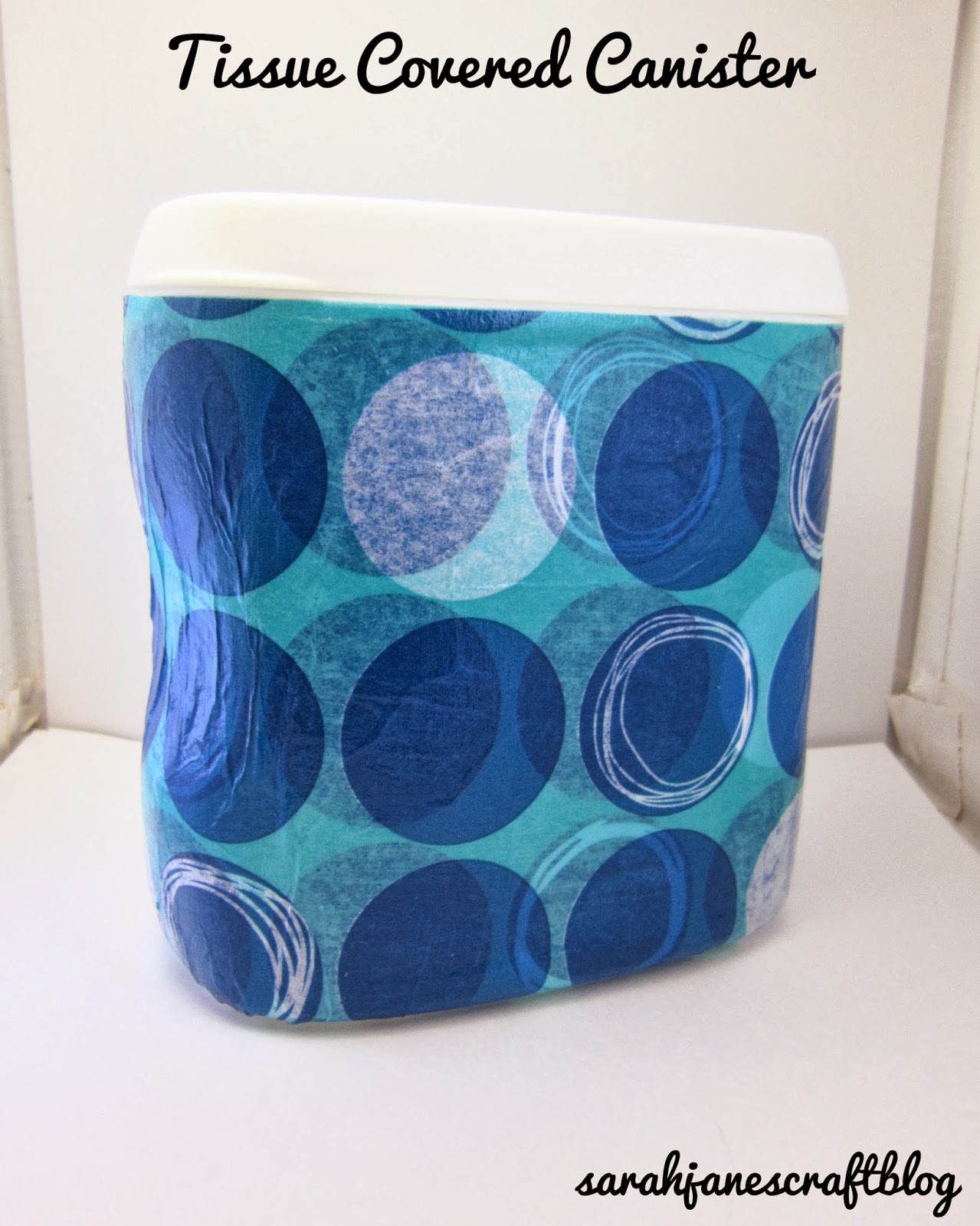 The second time I made this handy storage container, I  I used a thicker tissue paper that probably could have worked just fine with one layer, but had a nice shadow effect with two layers. 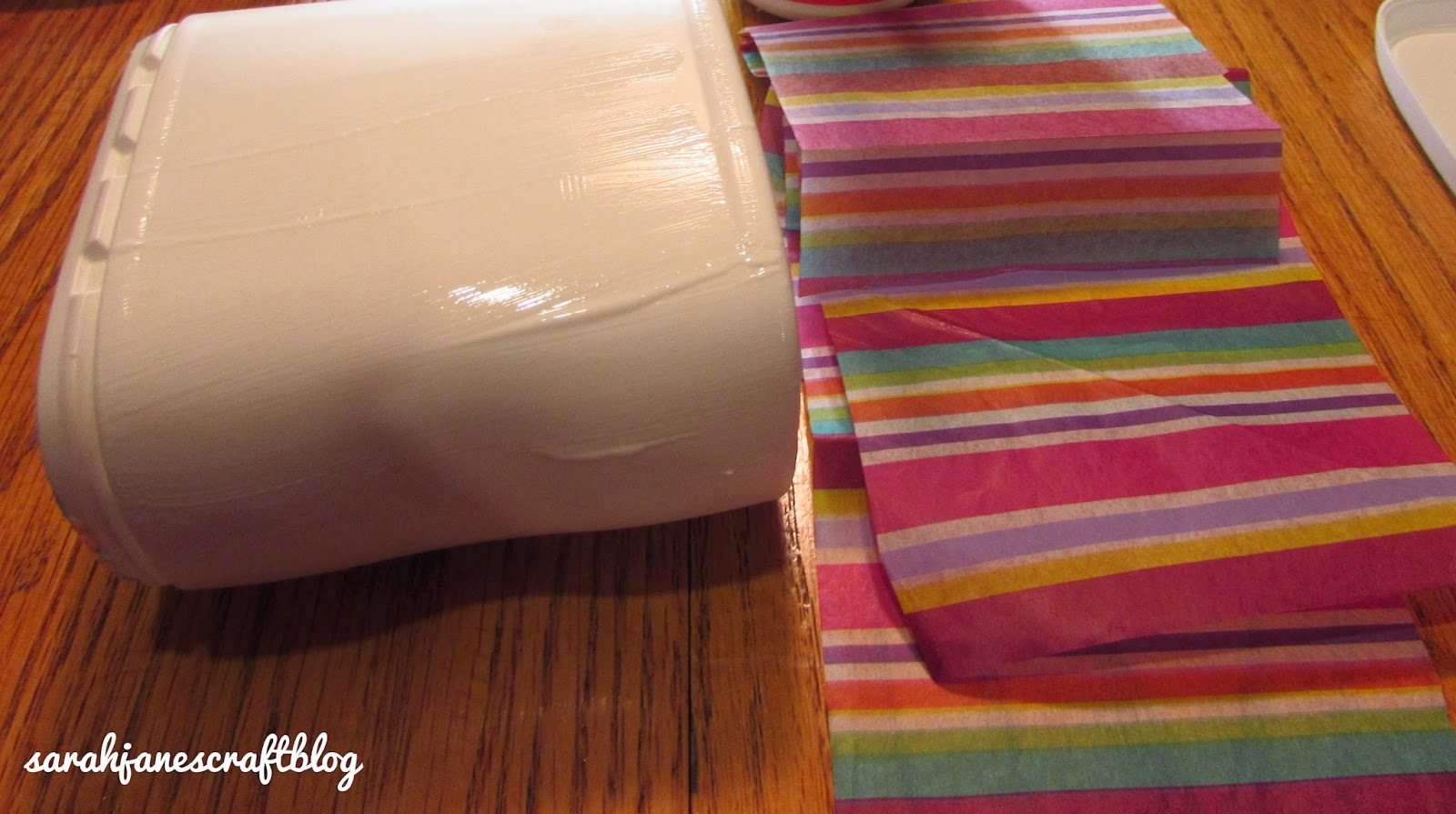 My third attempt was with this cute multicolored striped tissue paper. Just like with the first two, I cut two rectangles of tissue paper that were just barely taller than the container and long enough to wrap around with a bit of overlap. I spread some mod podge onto the container with a foam brush and put my first layer on. Like with any mod podge and tissue paper project, keep your hands dry and tap the tissue paper down being careful not to tear it. Then let it dry long enough to set up and you can choose to put on a second layer or just seal it. I opted for a second layer. 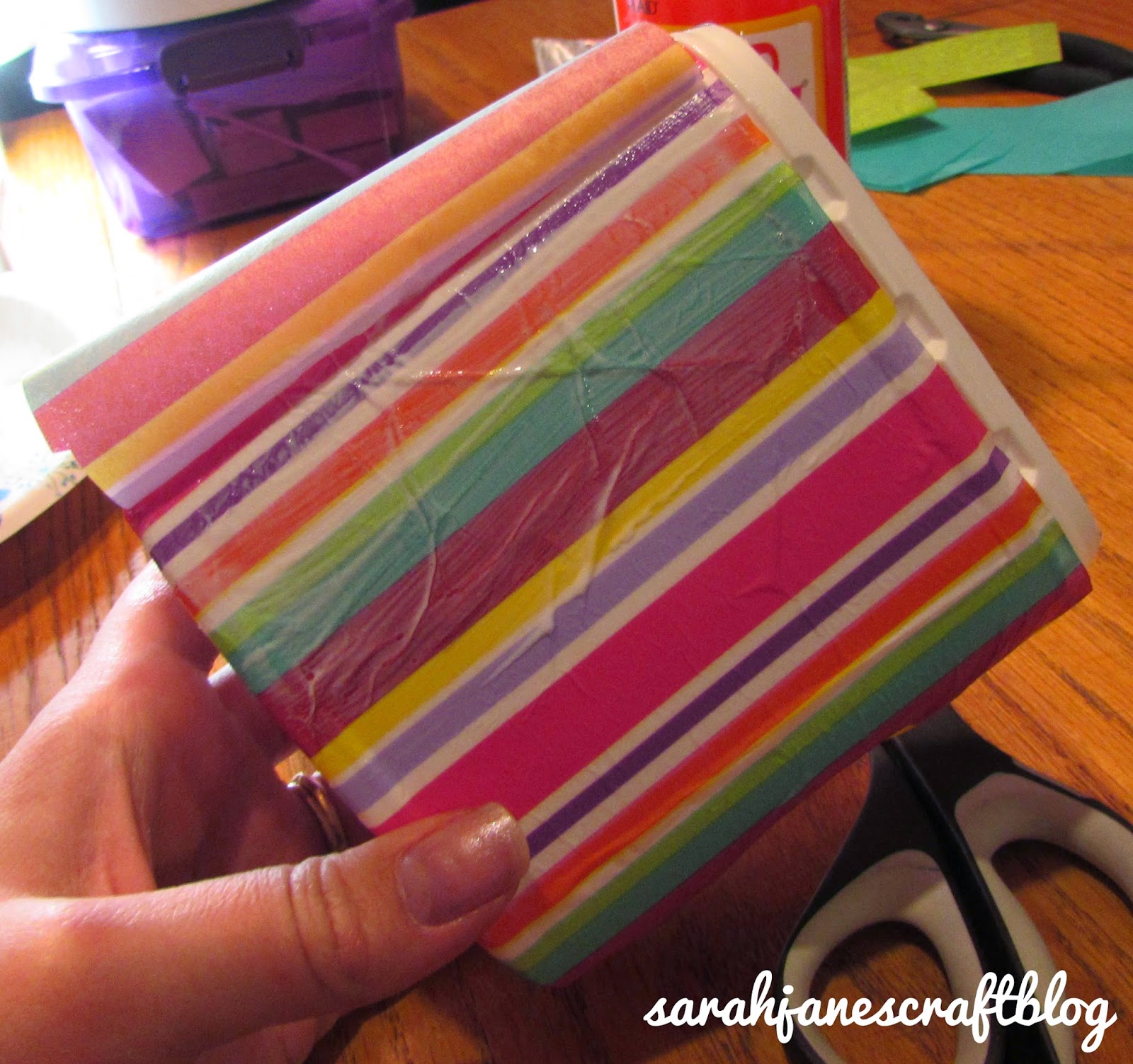 I wasn't sure how the stripes would work over the curved sides, but it turns out the second layer was just what was needed. With the shadows from the first layer, everything looked fairly straight. After the second layer dried a bit, I covered the whole thing with a coat of mod podge and let it dry, then I filled it with my stash of wooden spools.  These containers are great for storing small collections of craft stuff, and I can't wait to make another. 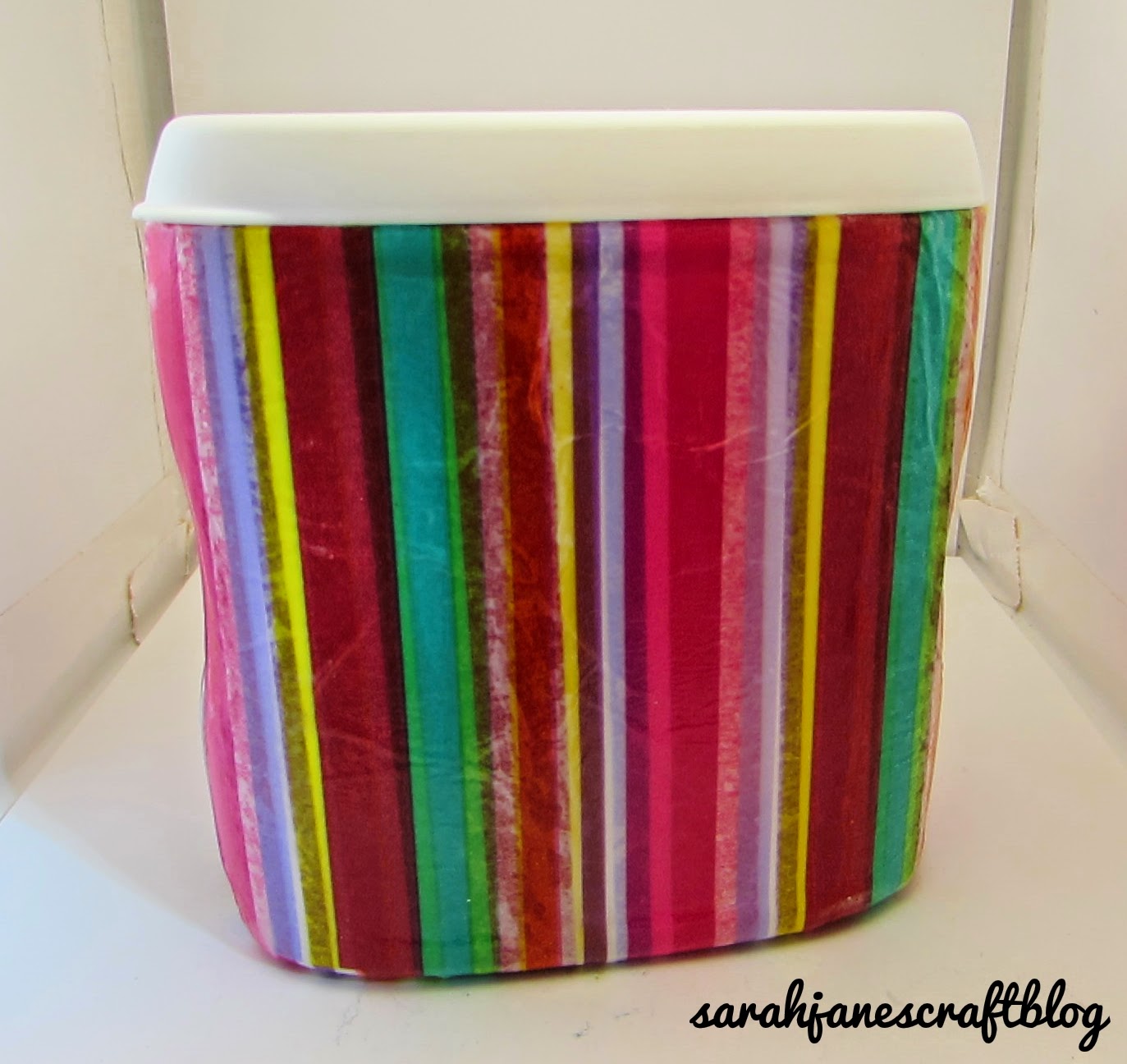