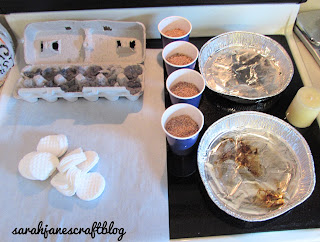 It's that time of the year again--time for me to make more DIY fire starters for the camping season. I set out everything I needed to make my old standbys: cotton round fire starters and egg carton lint fire starters. But this year I also am trying a new variety that's a total experiment--colored pencil shavings. 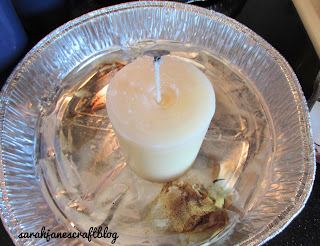 I used a foil pie plate on my burner (set to low) to melt down some old candles. I also bought a couple of pillar candles from the dollar store. Just pop the wick off of the bottom and put it in the pan to melt. Tea lights work really well too, just pop them out of the metal holders and take the wicks out. You could use higher quality wax or wax for making candles from the craft store, but the whole point of this for me is to make something very cheaply, and goodness knows I always seem to have old candles to get rid of. 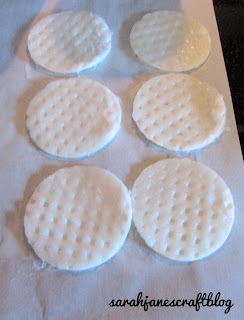 I had some leftover cotton rounds in my candle stash, so I whipped up a few of these. I just used a set of tongs to dip the round quickly into the wax and then set them on parchment to cool. The best parts about the cotton rounds are that they are fast to make, don't take too much wax, and store easily in a small resealable bag. On the downside, they don't burn too terribly long, and if you dip them in too much wax, they can be hard to light. 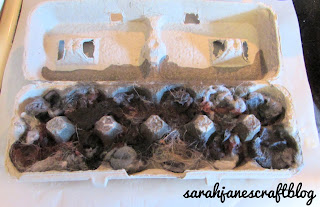 My favorite DIY fire starters are made from dryer lint shoved into a cardboard egg carton and covered in wax. These work about as well as the store bought fire starters and cost about a dollar in wax to make (or free if you have some grungy old candles to melt). After shoving the lint in the egg carton, I just melted down one of those dollar store pillar candles and poured it over the top of the lint. You know you have enough wax with these if most of the lint is wetted down on top and you have some wax starting to seep through the bottoms of most of the egg compartments on the bottom. After I poured the pillar candle over the top, I added a bit of the leftover wax from the other meltings to wet down the top edges a bit more and then let it cool on the parchment. 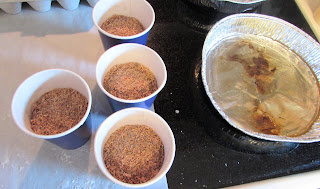 This year's experiment is pencil shavings--or more specifically colored pencil shavings--in paper cups. If you follow the blog, you may know that I have gotten pretty into adult coloring over the last couple of years. This means that I go through lots of colored pencils. After throwing some of the shavings outs, it dawned on me that they are pretty much sawdust and wax--both of which are components to the store bought fire starters. So I've been collecting my shavings and waiting. 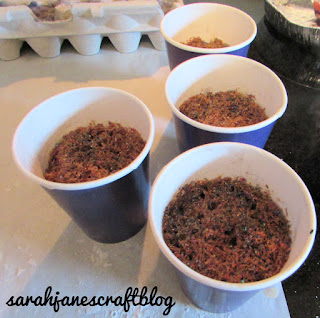 I decided on the paper cups because I had some laying around and because they were easier to store the shavings in than an egg carton. If these work well, I may try making them in an egg carton (since they are free, portable, burn well, etc...). So I pressed down the shavings a bit and poured melted wax over the top. I was pleased to see that the wax didn't seem to sit on top or make the shavings float--so I kept melting more wax and pouring it into the cups. 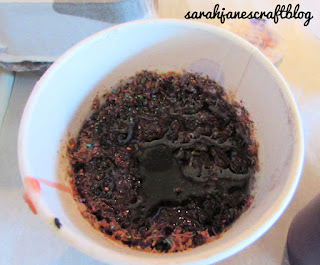 Then when the wax started to appear on the surface of the pencil shavings, I knew I had enough. I let the cups cool on the parchment with the other fire starters. 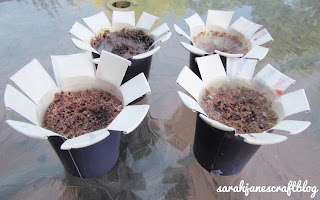 After they cooled, I snipped the tops of the cups about an inch apart and fanned them out like a flower. Hopefully, this will help make the starters easier to light and spread their chances of catching nearby kindling and branches on fire. I have no idea how they'll work, but since each one is basically a sawdust candle, I can't imagine that they'll be a bust. Stay tuned to the blog to find out if this year's experimental fire starter makes it into my regular DIY rotation. Happy camping!