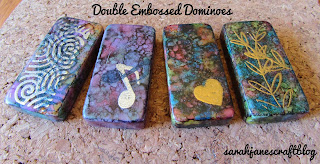 I had so much fun the first time I embossed dominoes, that I had to try it out again. This time I thought I'd use some different stamps and try layering the embossing. It didn't work out quite as well as I had hoped, but I thought I'd share what I learned. 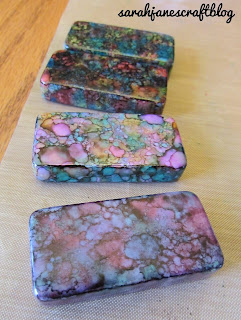 First I stamped alcohol ink onto my dominoes. I don't have process photos of this step because I inked them up while I was working on another project, but I took pictures of it the first time I made domino pendants if you want a step by step of the process. 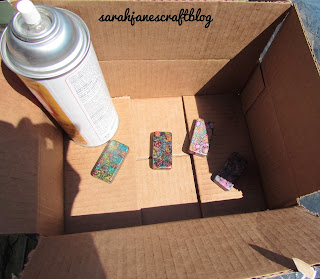 After my dominoes were inked, I sprayed them with some matte clear acrylic sealer so the ink wouldn't smudge or smear. 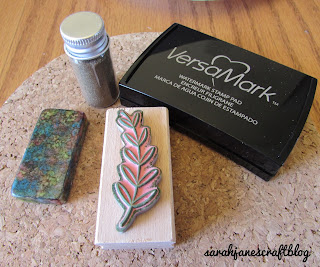 After the sealer was dry, I grabbed my cork trivet, some embossing powder, a clear ink pad, and some stamps and got to work. 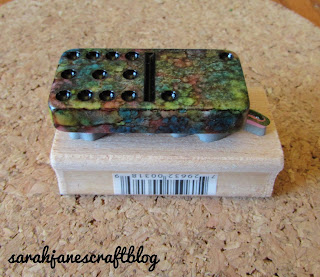 I put the ink on my rubber stamp and then set the domino on top of the stamp. The clear ink is the consistency of thin vaseline, so as long as you don't jiggle it around as you stamp it down, you'll have a clear stamp. 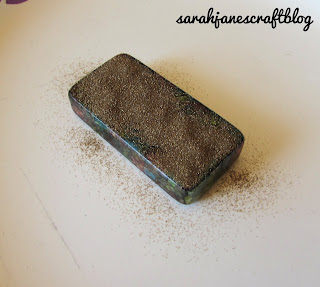 Then I poured some powder onto my domino. Then I dumped off the excess and tapped the domino a couple times onto my paper plate to remove any sticking around for the ride. 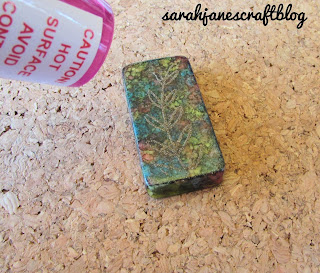 Then I put the domino on a cork trivet (any heat proof surface will work) and use a heat gun to set the powder. 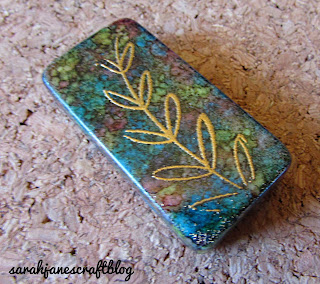 IT didn't come out quite as clearly as I would have liked, but I decided I could layer another leaf over top (but I forgot to take a photo of that--but it's in the photo at the top of the post). 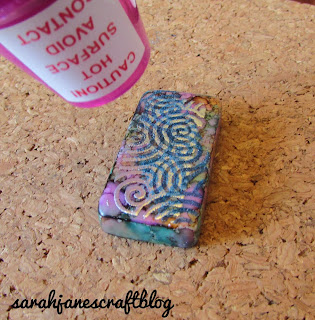 I thought layering the stamps would be an interesting twist on this project. I tried using silver with blue on this next one, but the layering didn't turn out quite as good as I had hoped. The powder was speckled instead of solid on the second layer and I was not as happy with the clarity of the stamp from the regular rubber stamps (the clear ones I used last time seemed to work a bit better). 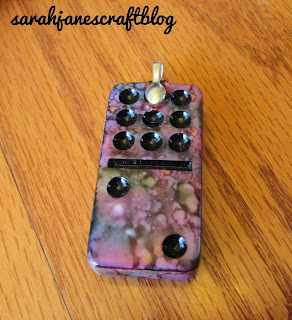 But I picked the one that I thought turned out the best and I glued a bail onto the back to make a cute necklace. I can't wait to make more domino pendants, so I'm sure I'll work out the kinks. 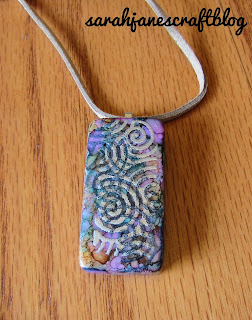