As Seen on Pinterest: Oil and Vinegar Wood Treatment 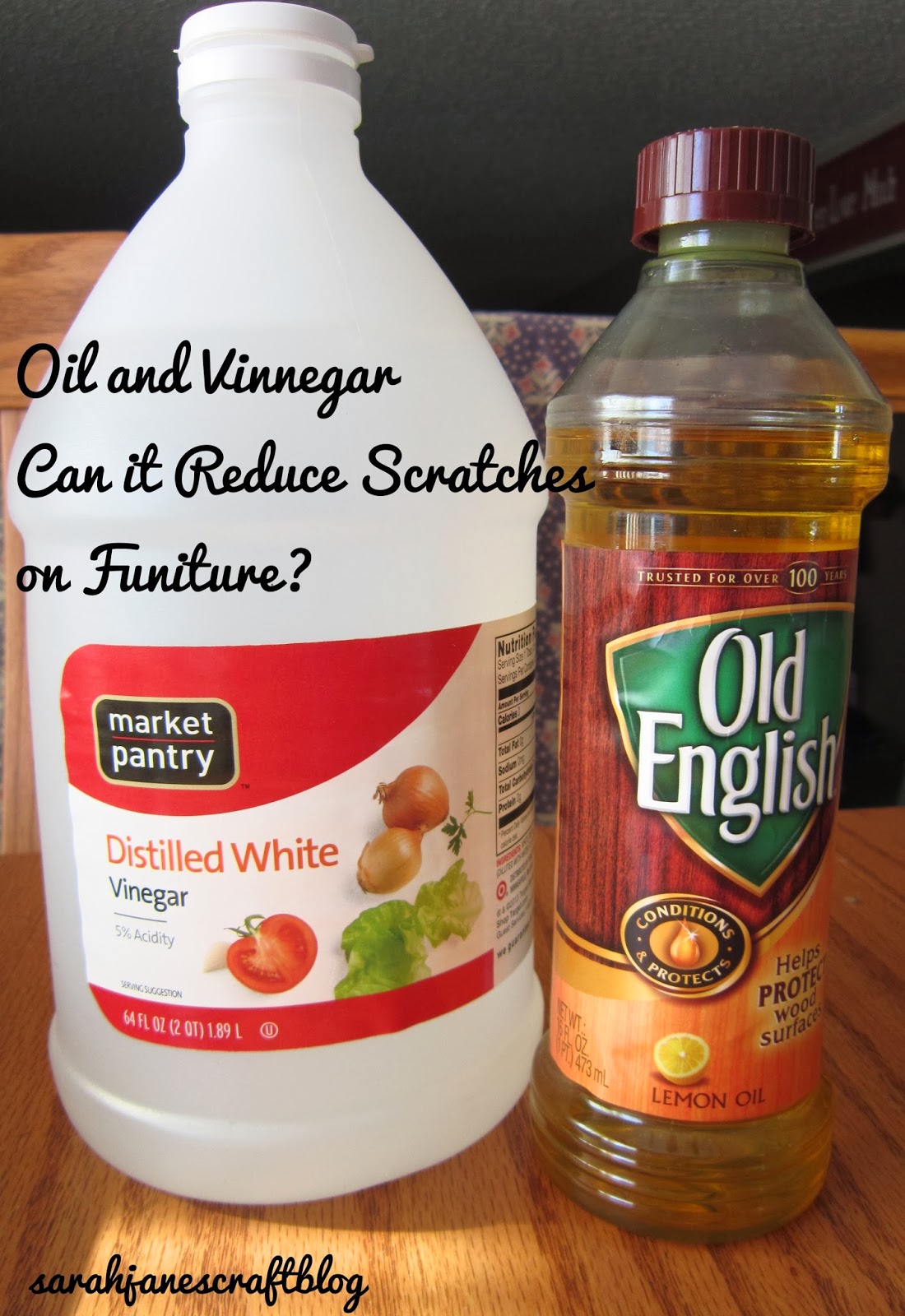 A while back I saw a post on pinterest claiming that you could use canola oil or olive oil with vinegar to remove (or at least reduce the appearance of) scratches on wood.  I figured I had to try this out.  Sounds super easy and uses ingredients I have on hand.  I had some misgivings about the idea of using food-grade oil on wood.  I was worried that it might develop a smell.  So instead of trying this with food oil, I pulled out a container of furniture oil (seemed like a logical choice).  I had some Old English Lemon Oil on hand.  I grabbed a disposable plastic container and put in about 1/4 cup of the lemon oil (I eyeballed it) then I added 3/4 cup of vinegar (which I measured). I swirled it around in the container to mix it and grabbed some paper towels.  I then proceeded to find the most scratched up piece of wood in our house: the window sill of our picture window in the living room.  It's at doggy height and our pup is constantly jumping up on it to see out the window.  It looks like a mess.  We just figured we'd have to replace it or sand it and refinish it at some point, so I figured this treatment couldn't hurt. As you can see in the before photo (click on photo to enlarge) the finish is almost completely scratched off. After liberally applying the vinegar and oil mixture, the scratches darkened and became less visible. I just gently rubbed it on until the scratches darkened.  The sill is still scratched to pieces, but at least it's a lot less visible now. 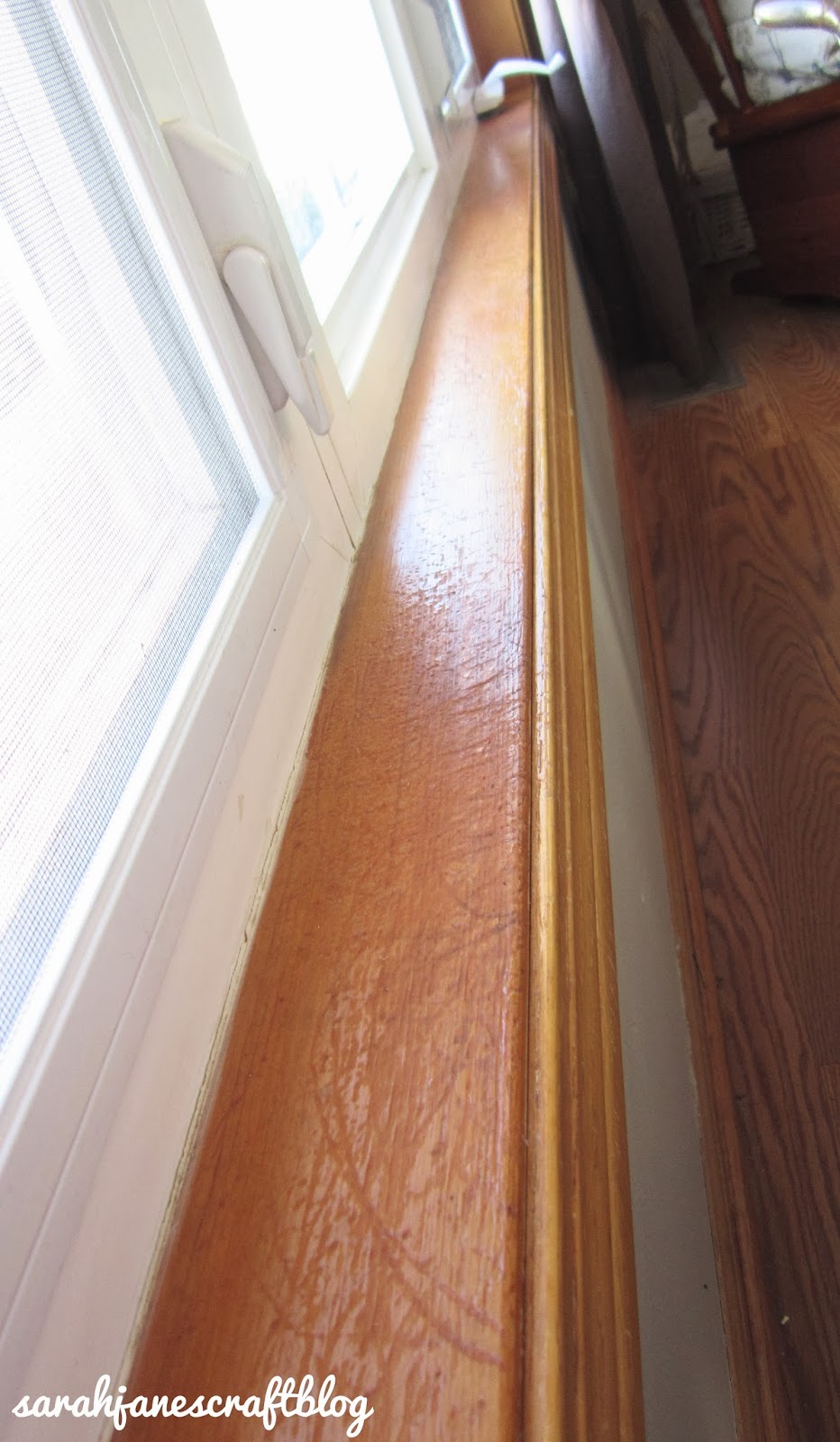 Since it worked pretty well on the sill (and that's a worst case scenario), and I still had plenty of the mixture left, I thought I'd tackle our old buffet (which has been moved so many times in the last 15 years that it's looking pretty banged up). The edge of the top was worn and the top had several dings and scratches. After applying the oil and vinegar, the scratches nearly disappeared and the lemon oil gave it a nice polish. 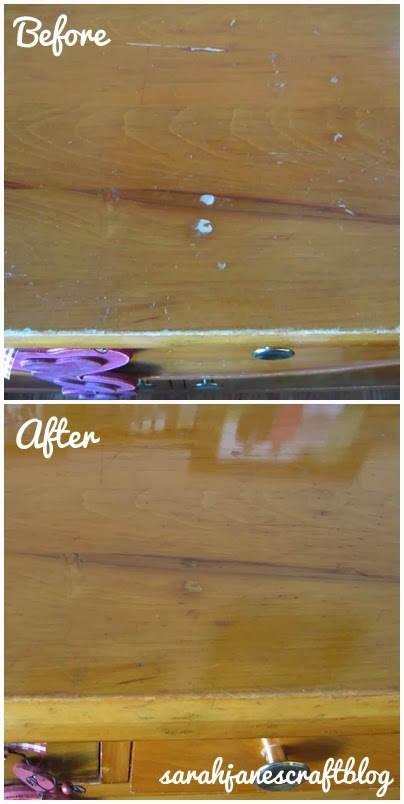 So my verdict: Mostly works.  It doesn't remove scratches, but it definitely makes them less visible.  It's quick, really easy, and the ingredients are inexpensive and go a long way (I still had about half of my mixture left after doing the top of the buffet and the window sill). I was worried that the scratches would reappear after the mixture dried an hour or two later, but it's been a day and a half since I treated the scratches and the wood still looks good.  Even if the scratches do reappear over time--this is a pretty quick and easy fix to reapply.